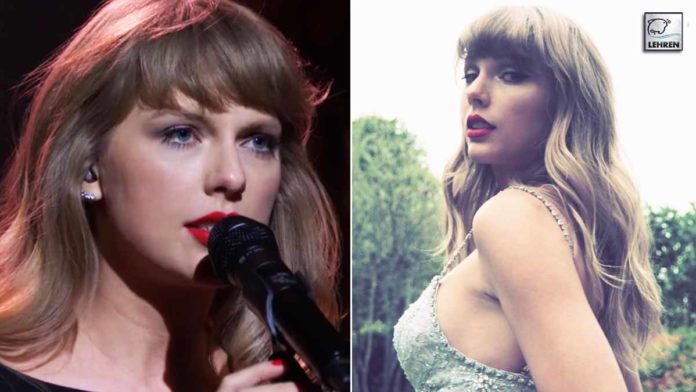 The co-anchor jokingly commented, "never break up with Taylor Swift or she will sing about you for 10 minutes on national television."

Taylor Swift performed her most anticipated 10-minute version of the Jake Gyllenhaal-excoriating All Too Well and got in on a comedy sketch with Pete Davidson on Saturday Night Live.

Swift performed the song, a highlight of her re-released Taylor’s Version of 2012’s Red. Meanwhile, in the backdrop, her recently released short film of the song starring Teen Wolf actor Dylan O’Brien and Sadie Sink from Stranger Things was set. The 11-time Grammy winner co-directed the video. Taylor’s performance may have been the longest in the show’s 46-year history as it continues for 11 minutes. Swift became the rare SNL musical guest to not return for an encore performance.

Talking about the video, O’Brien’s character opts to skip Sink’s 21st birthday, which Gyllenhaal similarly did to Swift in December 2010, which leaves her ‘staggering.’ The show host commented on the length of the performance on the proceeding Weekend Update, joking, “Well, guys, I think the one lesson we learned this week is never break up with Taylor Swift or she will sing about you for 10 minutes on national television.” “At the very least, return the scarf,” joked co-anchor Colin Jost.

However, Gyllenhaal may have been opposed to age-gap relationships at that time but now Jake has changed his tune. According to Daily Mail, The Donnie Darko star has been romantically linked to 25-year-old French model Jeanne Cadieu since late 2018, who is 15 years younger than him.

Although many Swifties were excited, some criticized the length of the performance and the sound quality. The new 10-minute version of All Too Well also reveals that how their nine-year age gap played a role in their separation. The 40-year-old actor reportedly dated the Cardigan singer from October to December 2010. By early 2011, Swift began penning the emotional track.

Davidson starred in a parody music video with the three-man sketch group Please Don’t Destroy, who joined the show at the beginning of the season. Eventually, Swift joins in on the song and sings about how the three members are ‘gonna die alone.’ Along with the extended version of All Too Well, Taylor’s re-recording of Red includes six other unreleased songs.