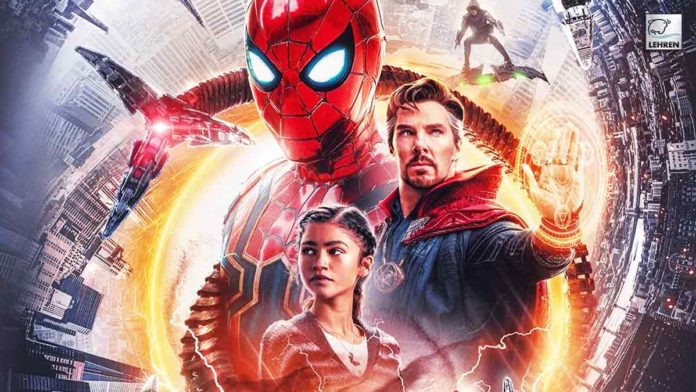 The third installment featuring Tom as the web-slinger has become one of the fastest movies to reach $1 billion at the box office.

Spider-Man: No Way Home has become Sony’s top-grossing domestic movie ever as the movie grossed $19.7 million on Christmas Eve. The blockbuster finished Friday with $405.5 million in domestic sales and is on its way to crossing the $1 billion thresholds at the global box office, according to an article on Saturday by The Hollywood Reporter.

The movie completed Friday with more than $900 million at the worldwide box office. The sequel starring Tom Holland in the title role will reach the $1 billion mark on Sunday making it the first to do so during the pandemic. No Way Home also features Zendaya, 25, as the superhero’s love interest Michelle ‘MJ’ Jones-Watson as well as previous Spider-Man stars Tobey Maguire, 46, and Andrew Garfield, 38.

The third installment featuring Tom as the web-slinger has become one of the fastest movies to reach $1 billion at the box office. Avengers: Endgame holds the record as it reached $1 billion in just five days, followed by Avengers: Infinity War, which took 11 days. Spider-Man: No Way Home on Christmas Day was on its 11th day of release.

The highly anticipated sequel was co-produced by Columbia Pictures and Marvel Studios and distributed by Sony Pictures Releasing. No Way Home became Sony’s top-grossing film over the 2017 movie Jumanji: Welcome To The Jungle that earned $404.5 million domestically.

However, Sing 2 from Universal and Illumination opened over the holiday weekend and is expected to have a five-day haul of $40 million. It opened against The Matrix Resurrections and The King’s Man, which are both struggling to find audiences in the theaters. The fourth installment in the Matrix franchise is also available on HBO Max.