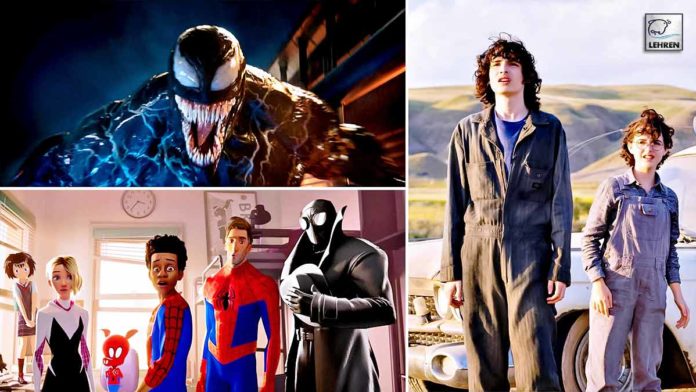 Sony did not issue any release dates for any of these sequels quite yet or when production may begin.

Sony Pictures has recently revealed their plans for the future of two big franchises with Venom 3 and Ghostbusters: Afterlife sequels. The studio held court at CinemaCon at The Colosseum in Caesar’s Palace in Las Vegas, where they revealed the sequels through a sizzle reel at the annual convention for movie theatre owners, as per Variety.

However, there are no confirmed release dates have been set at this time, though the exciting reel did include videos from Sony’s Whitney Houston biopic I Wanna Dance With Somebody, the Venom spin-off Kraven the Hunter, The Equalizer 3, never-before-seen clips from Tom Hanks’ A Man Called Otto. Meanwhile, the Venom 3 announcement wasn’t much of a surprise, considering the box office collection of the first two movies.

The 2018’s Venom introduced Tom Hardy as Eddie Brock, a failed reporter who becomes bonded with an alien symbiote that tries to protect Earth. The studio greenlight the 2021 sequel Venom: Let There Be Carnage, which introduced Woody Harrelson as Cletus Kasady aka Carnage. However, Hardy’s Eddie Brock was also featured in a post-credit sequence in Spider-Man: No Way Home, where he indicated that he was going to make his way to New York City and give Peter Parker played by Tom Holland a visit.

However, it is unclear at the moment if Venom: Let There Be Carnage director Andy Serkis or Ghostbusters: Afterlife director Jason Reitman plan on returning to helm these new sequels. Moreover, Sony did not issue any release dates for any of these sequels quite yet. or when production may begin. There is also no indication of how far along either of these sequels is in development.