Snoop Dogg’s Biopic Is In Development! 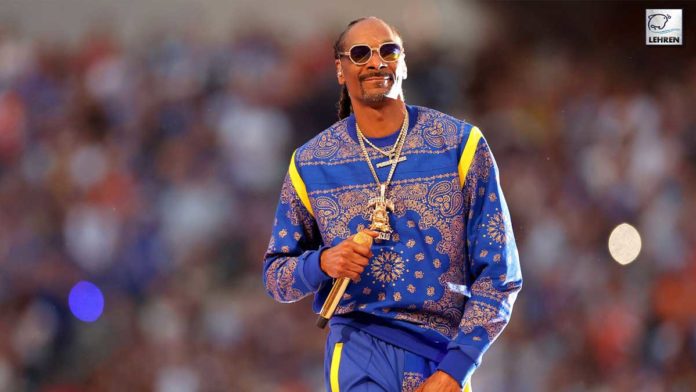 The upcoming biopic will incorporate music from Snoop Dogg's 30-year career, for which he has received 17 Grammy nominations.

Snoop Dogg’s fans can finally get to know the rare insight into the rapper’s life. Universal Pictures has recently announced that it is ‘developing the definitive biopic’ of the 51-year-old ‘entertainment industry mogul and icon of gangsta rap.’ Joe Robert Cole, who co-wrote the Marvel Cinematic Universe films Black Panther and Black Panther: Wakanda Forever with Ryan Coogler, will pen the screenplay.

According to a release, filmmaker Allen Hughes (Dear Mama, HBO’s The Defiant Ones) will direct the movie. The upcoming biopic will incorporate music from Snoop’s 30-year career, for which he has received 17 Grammy nominations and frequently collaborated with another Los Angeles rap icon, Dr Dre, who first featured Snoop on his debut solo single ‘Deep Cover’ in 1992 and again on his solo album The Chronic.

Snoop said, “I waited a long time to put this project together because I wanted to choose the right director, the perfect writer, and the greatest movie company I could partner with that could understand the legacy that I’m trying to portray on screen, and the memory I’m trying to leave behind. It was the perfect marriage.” He added in the statement, “It was holy matrimony, not holy macaroni.” Snoop will also produce the project.

The movie will make the first film from Snoop’s new production company Death Row Pictures, born from record label Death Row Records, which the rapper purchased in February. Universal chairman Donna Langley said in a statement Wednesday that she “had the opportunity to hear [Snoop’s] story in his own words” when they met sometime after Snoop acquired Death Row Records.

Langley added, “We are humbled to be able to create the lasting document of this singular artist.” In a statement Wednesday, screenwriter Cole said “the humanity of Snoop’s journey to the international icon” excites him most about embarking on the project. At the same time, director Hughes added there is “just something about his energy that brings people of all walks of life together.”

Universal Pictures also produced 2015’s Straight Outta Compton, a biopic about influential rap group N.W.A. that featured LaKeith Stanfield’s portrayal of Snoop in a cameo role. Corey Hawkins (In The Heights) costarred as Dr Dre in that film. The company did not announce who will portray Snoop in the upcoming biopic.