Shakira Slams Her Ex-Husband Gerard Pique In Her New Song 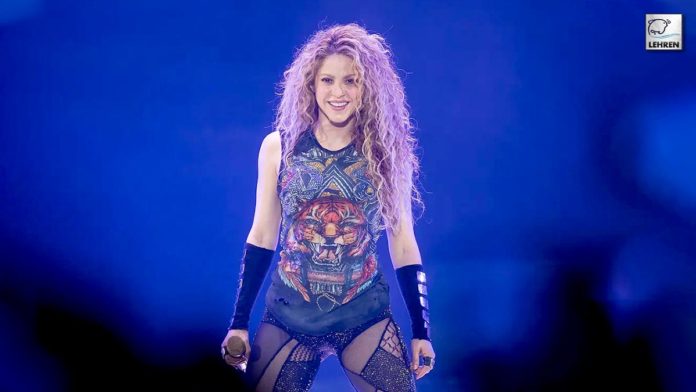 The full version of Shakira's new song is yet to be released.

Shakira recently parted ways from her now ex-husband Gerard Pique. And the pop sensation seemingly take a brutal swipe at Pique and his new girlfriend, Clara Chia Marti, in the lyrics from her new song. The singer has collaborated with producer Bizarrap on a brand new track, Shakira Bzrp Music Sessions, which was released in Spanish on Wednesday.

In the lyrics, the singer-songwriter referred to the former Manchester United and Barcelona defender, who is rumoured to have started dating last year before they split, saying, ‘I’m worth two 22’s. You traded a Ferrari for a Twingo. You traded a Rolex for a Casio.’ For the unversed, Shakira and Gerard announced their split after 11 years together in June, 2022. The former couple share two sons, Milan, and Sasha, together. Since the breakup, Gerard has been spotted several times with his new love interest Clara.

The new couple also spotted passionately kissing. Meanwhile, in the latest swipe at her former partner as Shakira sings, “A lot of gyms. But work your brain a little bit too.” Further in the lyrics, Shakira referred to Gerard Pique new girlfriend, Clara with the lyrics, “She’s got the name of a good person. Clearly is not how it sounds.” Shakira’s new song’s lyrics also suggests, “You left me the mother-in-law as a neighbour. With the press at my door and debt with the taxman.

She further sings, “You thought you’d hurt me and I came back stronger. Women don’t cry anymore, women invoice.” However, another part of the song says, ‘From love to hate there’s only one step’ before Shakira adds, ‘No hard feelings baby, I wish you the best with my supposed replacement.’ Meanwhile, a small part of the lyrics had been leaked online ahead of the world release. Full version of Shakira’s new song is yet to be released.

ALSO READ – Did Shakira Just Confirmed That Gerard Piqué Cheat On Her?