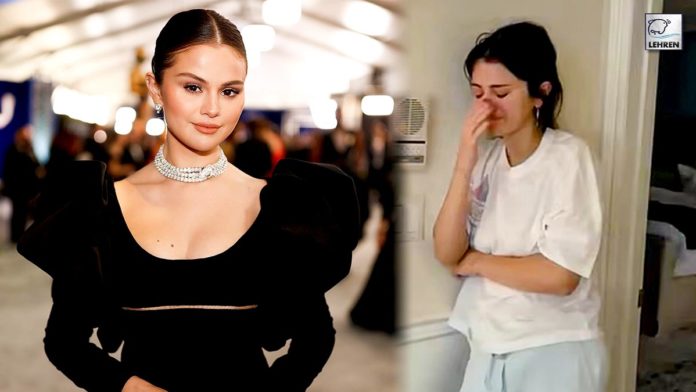 In the upcoming Apple Tv+ documentary My Mind and me, Selena Gomez reflects on her journey through childhood fame and the most challenging moments throughout her young career.

Selena Gomez is ready to reveal her life’s truth to the world. The songstress’ first ever documentary My Mind And Me is set to premiere on November 4. Selena Gomez: My Mind And Me first trailer was recently released by Apple Tv+ and shared by Selena Gomez on her social media. In the latest trailer, Gomez looks vulnerable and sheds many tears throughout the film, giving fans a glimpse into her personal struggles.

The singer and actress reflect on her journey through childhood fame and the most challenging moments throughout her young career. The Apple Original Film is described by the film’s director Alek Keshishian as ‘a six-year-labour of love, a breakthrough, every breath,’ captions a preview of the film. After years in the limelight, the former Wizards of Waverly Place star achieves unimaginable stardom.

But just as she reaches a new peak, an unexpected turn pulls her into darkness. This uniquely raw and intimate documentary spans her six-year journey into a new light. Over the past six years, Gomez has had her share of media attention. Gomez went through a very public breakup with singer Justin Bieber in 2013 and checked herself into The Meadows rehabilitation centre in 2014.

She continued to be an advocate for mental health awareness, including through her Rare Impact Fund. It was in 2017 that the entrepreneur shared she had undergone a kidney transplant due to Lupus. “I don’t think I made the right decisions because I didn’t accept it,” the former Disney star recalled, noting that she continued touring, recording in the studio, and living life as usual despite suffering horrible side effects, including chronic pain and anxiety.

The Wolves singer also shared, “That’s extremely selfish, and at the same time, really just unnecessary. I’m not really proud of that.” Following her kidney transplant, she found comfort back in the arms of Bieber, only to break up for good in early 2018. At the time a source revealed, ‘Selena is simply trying to make peace with Justin after her illness.’ Selena has always been open about her struggles with mental health over the years.