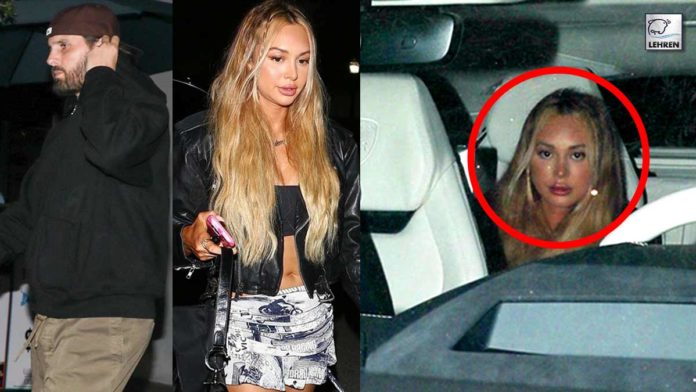 Scott Disick was seen leaving a restaurant in Miami with some mystery woman.

Scott Disick may have a new girl in his life!

He was photographed while leaving a restaurant in Miami with some mystery woman. The two of them looked like they were having a good time and left the restaurant around 2 AM. The woman walked beside him and then the duo got into his car.

Disick, 38, was spotted wearing a black hoodie with brown trousers and white sneakers. He also wore a baseball cap while the woman wore a crop top underneath a black leather jacket, a patterned skirt and white heels.

As reported by Hollywood Life, Scott tried to hide his face from the paparazzi while in the car. He was in the front seat while the girl sat at the back.

Just recently on May 6, Scott was spotted while hanging out with Rebecca Donaldson, his current girlfriend. The couple was spotted on a balcony in Miami. Rebecca wore a bikini, showing off her figure. She was engaged in a conversation with Scott while he looked over the balcony.

It has not been long that Scott and Rebecca have started dating so it remains unclear how serious their relationship actually is. The couple made their red carpet appearance at The Kardashians on April 7.

Scott was also spotted hanging out with Larsa Pippen in Miami but Larsa revealed to Page Six that they are only friends and described their connection as “organic friendship.” She told the outlet, “Whenever he’s here [in Miami], he calls me and we always meet up for lunch,” she told the news outlet on May 5. “We’re just really good friends. We’ve been friends for a long time.”

Pippen refused to answer when she was asked about she and Disick were discussing as they sat by the hotel pool for three hours on April 19.