Did Scott Disick Rekindle His Romance With Ex Christine Burke After Split From Amelia Hamlin? 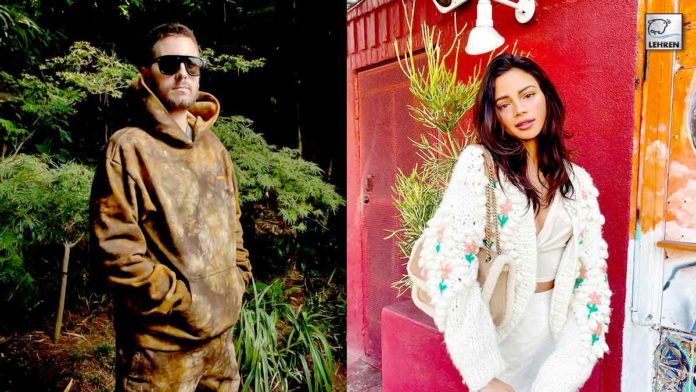 Scott Disick was spotted with his ex Christine Burke as he leave Nobu Malibu on Friday night.

Scott Disick was joined by his ex Christine Burke as he exited Nobu Malibu on Friday night, following his split with Amelia Hamlin. The reality star, 38, kept his recent outing casual as he donned a black bomber jacket, which he layered above a coordinating T-shirt and baggy trousers as he headed out with the model, who he previously dated back in 2016.

Meanwhile, his partner, Christine Burke 25, dressed in a white vest top, which she teamed up with a matching knitted sweater before throwing a cream handbag over her shoulder. The model slipped her toned legs into a pair of faded blue jeans featuring black crosses and clutched a brown tartan jacket. Scott is reportedly ‘dating around’ following a split from Amelia Hamlin, 20, earlier this year and is said to be interested in several women. According to E! News, a source stated, “Scott is dating around and getting back out there.

However, the source also said the outlet, “He connected with his ex Christine through mutual friends, and they have been texting and hanging out.” “Now that Scott is single, he’s been connecting with a lot of people from his past and is trying to go out more,” the source continued. Previously, Scott was photographed leaving Nobu Malibu with Hana Cross, Brooklyn Beckham’s ex-girlfriend.

Scott parted his ways from Amelia (Scott Disick gf) after 11 months together, and a week after Younes Bendjima revealed that Scott had sent him a DM trash-talking about his ex Kourtney Kardashian. Scott took issue with steamy pictures of Kourtney and Travis on their vacation, writing, “Yo is this chick ok!????? Brooo like what is this. In the middle of Italy.”

Meanwhile, in October, Scott was said to have been feeling ‘really sad’ about Kourtney’s engagement to Blink-182 band member Travis Barker. A source said the Keeping Up With The Kardashians star knew that Kourtney and Travis were likely to get engaged at some point but he still felt ‘low’ after they announced the news via social media.