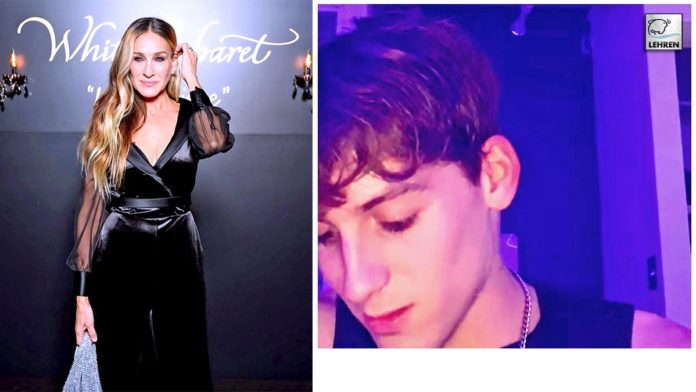 'And Just Like That' star shared a photo of his son with a poetic touch. However, she usually keeps her family life close to the vest.

Sarah Jessica Parker shared a sweet tribute to her son James on his 19th birthday on Thursday, October 28. Hocus Pocus star also shared a close-up photo of her son, whom she shares with her husband Matthew Broderick, which is an unusual thing for her, considering she rarely shares pictures of her close ones.

The Hollywood star sweetly captioned the post with a poetic touch, “He is 19. Today. He doesn’t wake with us. He is in his life. Away. In his studies. Among new friends. Sending home details. There is so much to tell. New adults making lasting impressions. Opening his still young eyes. New thoughts. New books. New and different mornings.”

Along with James, Parker and Broderick are also parents to 12-year-old twin daughters Tabitha and Marion, who were born in June 2009, through surrogacy. The protective mother often shields her kids’ faces in social media posts as was the case when she seemingly hinted at the beginnings of empty nest syndrome, in her last post of them, individually, on Instagram on September 9.

She shared some snaps which show her children from behind and added an update on their more recent life changes. “In the span of 7 days. One crosses the threshold into his freshman year of college. The other 2 into 7th grade,” Sarah Jessica Parker confessed. “The house is different. We are different. They need us more. And far less. So many know. Gutted at the time passed. Passing. Exhilarated by the possibilities that await them. The love. The love. The love. X, SJ,” she added.

Parker and showrunner Michael Patrick King got the idea of a new chapter of Sex And The City in a sequel series titled, And Just Like That… while discussing the idea of a podcast about the original show during the first couple of months of the COVID-19 pandemic that began in mid-March 2020.

ALSO READ – Are Zayn Malik And Gigi Hadid Breaking Up?