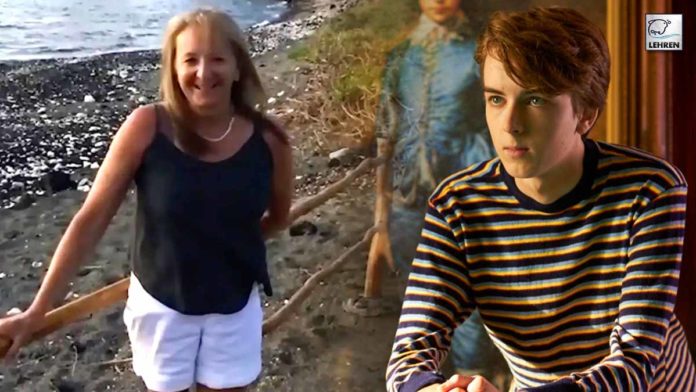 Ryan Grantham was 21 when he shot his mother in the head as she played the piano.

Diary of a Wimpy Kid and Riverdale star Ryan Grantham was sentenced to life in prison for the shooting death of his mother. Grantham pled guilty to second-degree murder in March 2020 for killing his mother, Barbara Waite. The actor was handed a life sentence in the British Columbia Supreme Court in Vancouver on Wednesday. He will not be eligible for parole for 14 years, according to Canada’s CBC reports.

The outlet further reported that Justice Kathleen Ker said gripping statements from the victim’s loved ones, such as Grantham’s sister, showed the “life-shattering” impact of the tragedy. She added that the actor’s “saving grace” was that he was aware of what he did and didn’t go on a spree. Talking about Grantham’s mental health issues, Ker noted that he had been having difficulties weeks before the actor pulled the trigger and viewed violent footage on the dark web.

The judge added that he is getting psychiatric treatment while in jail and appears to be showing improvement, according to CBC. Meanwhile, the child actor’s lawyer Chris Johnson said, according to CTV, that Grantham was not shocked at the sentencing. Johnson stated, “I think he anticipated what the judge gave him as a sentence. I think he’s pretty apprehensive about the whole thing. He’s a fairly tiny person, and to go to the prison system, I’m sure it’s a daunting and scary thought for him.”

For the unversed, Grantham was 21 when he shot his mother in the head as she played the piano. After the March 31, 2020, murder, Grantham allegedly planned to kill Canadian Prime Minister Justin Trudeau. He loaded his car with three guns, ammunition, 12 Molotov cocktails, camping supplies and a map with directions to Rideau Cottage, where Trudeau lived with his family, CBC reported at the time.

However, Grantham never made it to Trudeau’s residence, and instead went to Vancouver police headquarters to turn himself in. Crown prosecutor Michaela Donnelly referenced two psychiatric reports that showed the actor had been going through an “intense period of clinical depression” in the months leading up to the crime, CBC reported.