Here’s Why You Should Watch Lee Min Ho Starrer Series ‘Pachinko’ If You Haven’t Already! 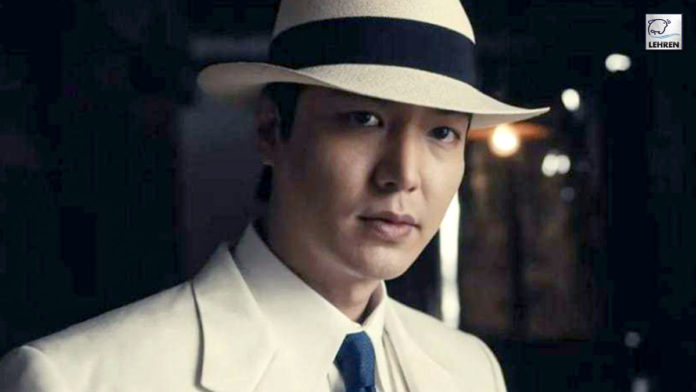 Korean superstar Lee Min Ho's highly anticipated historical drama was awaited by many fans all across the globe, but somehow still managed to get unnoticed by viewers. Here's why you should watch it if somehow you missed it too!

The Hallyu wave has swept many parts of the world and its now, riding high here in India, with K pop boy band BTS and K Dramas like Squid Game and Hellbound continuing to rise in popularity, there’s no doubt that the Korean culture and its art being welcomed in India, with open hands. If you’re too, a K Drama maniac or most importantly, Lee Min Ho maniac, have watched ‘Boys Over Flowers’ on repeat, ‘Pachinko’ is sure, a treat for you.

This historical drama is available to watch officially on Apple TV+ and this series is sure to take a special place in your heart, read to know why this series deserves to be on your watchlist ASAP.

1. The drama takes you across generations

This drama takes you across generations, which spans from 1883 to 1989. The storyline, made of different and intriguing characters, revolves around Sunja, who falls in love with a wealthy fish broker. His mysterious personality s later revealed, when Sunja finds out, that he isn’t all that she thought he was, and that he is actually a married man. But it’s too late for Sunja, who already by this point of time, is pregnant with his child. While Sunja is being offered to live the life of the rich fish broker’s mistress, her self respect doesn’t allow her to do so, and thus, marries a soon-to-die Japanese minister instead. He agrees to give her child his name, as she leaves for Japan with him. Despite her leaving Korea, and her ex-lover, who is also the biological father of her child, her decision has a long-lasting impact on the generations to come.

The Lee Min Ho starrer, is genuinely one of its kind, with the series being shot in 3 different languages, English, Korean and Japanese. This is because the series character Sunja travels with her family across these countries. Serie producer Soo Hugh said, “It was never a question that it would be in the languages; I don’t understand how else you could tell the story of colonization because language is part of that. I just don’t think you can possibly do this story without doing the three languages.”

3. More Than Just A Series

For the unversed, the drama series is actually an adaptation of the novel of the same name ‘Pachinko’ by Min Jin Lee. To exactly quote US Ex-president Barack Obama, “The book is named after a popular game in Japan that’s a bit like a pinball machine — a game of chance where the player can set the speed or direction, but once it’s in play, a maze of obstacles determines the outcome. Staying true to the nature of the game, Min Jin Lee’s novel takes us through four generations and each character’s search for identity and success” The drama reveals the struggles Koreans who lived in Japan faced metaphorically, with respect to employment because of the Japan government’s restraints.

As if Lee Min Ho, the top Hallyu star, wasn’t enough to make heads turn, the drama series also casts many other well-known artists like Youn Yuh-Jung as Sunja, who’s known for her role in Oscar-nominated Minari, Anna Sawai as Naomi, known for her roles in Ninja Assassin, F9, and Giri/Haji, Jung Eun-Chae as Kyunghee: A co-star of Lee Min-ho’s in The King: Eternal Monarch, Jimmi Simpson as Tom Andrews, Simpson is known for his work on It’s Always Sunny in Philadelphia, Westworld, House of Cards, The Twilight Zone, Black Mirror and more.

Among many other factors that make the series one of its kind, is the authenticity with which the series was shot. Youn Yuh-Jung, who plays the older Sunja said, “When she speaks Japanese, her Korean accented Japanese was like my first-generation grandmother. That was killer. I think many Zainichi viewers will cry when they hear her in Pachinko.”