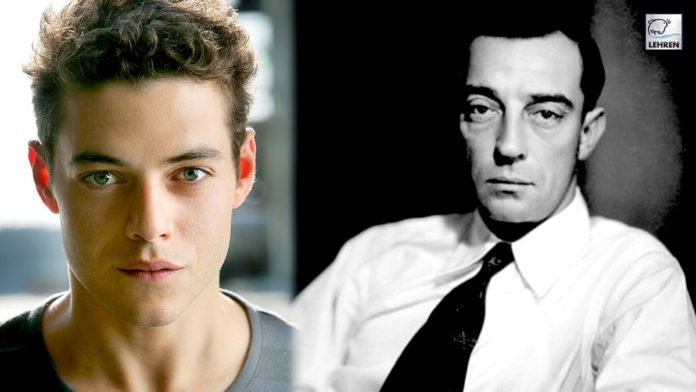 Oscar awardee Rami Malek is about to play Buster Keaton in Warner Bros’ upcoming series. The actor is once again going to repeat the era of silent movies and a tribute to the actor. The actor has signed the Warner Bros Television’s limited series about the vaudeville-turned-silent comedy movie star.

Who was Buster Keaton?

Born on October 4, 1895, Joseph Frank “Buster” Keaton was known to be one of the best American actors, comedians, and filmmakers. He was best known for his work in silent films, where physical comedy was his trademark; for a stoic, deadpan expression that earned him the nickname “The Great Stone Face”. Critic Roger Ebert wrote of Keaton’s “extraordinary period, 1920-1929,” when he “worked non-stop,” making him the “greatest actor and director in the history of films.”

According to Deadline, filmmakers Matt Reeves’ 6th & Idaho Productions, Malek and David Weddle are producing the project. It’s not yet clear if Batman’s director will direct the series. Emmy-winner Ted Cohen is in talks to write the screenplay and serve as executive producer. Buster Keaton: A Filmmaker’s Life, written by James Curtis, is considered the source material for the series.

Also Read- Somy Ali: I Have A Huge Crush On Actor Rami Malek

The studio is currently in negotiations to secure the rights to adapt the book. Keaton was known for his stoic expression. Some of his notable films are The Playhouse, Cops, The Electric House, Sherlock Jr, and The General. received an honorary award from the Academy in 1959.

Apart from this Rami Malek’s last movie Bohemian Rhapsody was a super hit and was given the oscar for his first nomination.