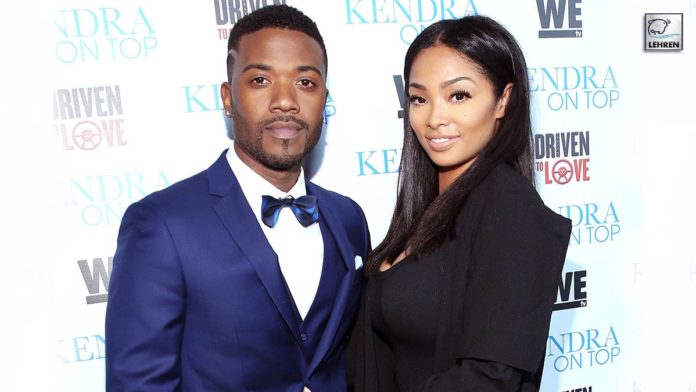 Princess Love says she has 'never been better' after Ray J filed for divorce for the third time as she says he is 'alive and well' amid hospitalization.

It seems like this time Princess Love is not bothered with the fact that her marriage with ray j may be really over. In fact, the 37-year-old fashion designer says that she’s doing better than ever.

Princess Love was loading to leave LAX with her children when TMZ asked how she was doing after Ray J filed for divorce this Friday. However, It sounds like she thinks little about it and focuses on herself and her children. She had her children Melody, three, and Epik, one, in a dual stroller, which was weighed down with blankets, toys, and a bag. Princess Love told TMZ that she had ‘never been better.’ She looked sleek and casual in a slim black top with matching sweatpants and fuzzy black slippers, as well as a quilted black hip bag.

Princess Love also seemed upbeat about her 40-year-old husband’s health despite him being hospitalized for nearly a week for pneumonia. When asked about the condition of princess love husband ray j, she said he was ‘great.’ She responded cryptically, “He’s alive and well and he’s… he’s very near.” Princess Love added that she was “just focused on working right now,’ rather than working on reviving her relationship with raj j.”

She also added that she is busy ‘taking care of my kids’ as she loaded them into the SUV. “They’re my focus,’ she said sweetly. However, when TMZ asked whether she would keep ray j’s last name Norwood as part of her legal name, she simply replied, “I’m Princess Love. I’ve always been Princess Love.”

Her positive updated about Ray J’s condition comes just days after he used his downtime in the hospital to file for divorce from her. The singer ray j had filed divorce documents Wednesday in Los Angeles County Superior Court. The rapper ray j and princess love have been married since 2016, though this marks the third time divorce papers have been filed.

Princess first filed for divorce in May 2020, months after the couple got into a massive fight in Las Vegas. It was reported that they had been living separately since February 2020, but they reconciled that summer amid the COVID-19 quarantine. Ray J filed for divorce in September, citing conflicting differences, also asking the judge to uphold their pre-nuptial agreement. He also asked the judge to grant him joint custody of their children, three-year-old Melody, and one-year-old Epik. After the September filing, they reconciled again, this time moving their family to Florida.

Ray J has been battling pneumonia in a Miami hospital since Saturday and was initially placed in the Covid wing because he assumed he had the virus. While he tested negative for COVID, his pneumonia was so bad it was thought he may even die from it at one point. Now he’s back on the mend, with his manager Dave Weintraub stating that they hope he can go home by the end of the week.

Amid hospitalization, he is moving forward with divorce while fighting for his life could indicate that the relationship is finally over this time.