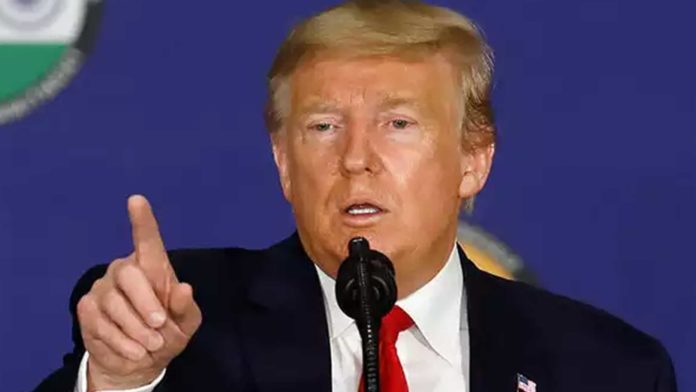 According to a new report on May 7, a military officer, who is one of the personal valets of President Donald Trump, has tested positive for coronavirus.

A member of the US Navy of Donald Trump, working as one of his personal valets, has tested coronavirus positive, CNN announced on Thursday, May 7. Valets are part of the White House elite military unit and also work closely with the president and first family. The news obviously posed concerns about whether or not the 73-year-old president was in good touch with his staff’s unidentified member.

In the following statement, the White House confirmed the news to CNN stating “We were recently notified by the White House Medical Unit that a member of the United States Military, who works on the White House campus, has tested positive for Coronavirus,”  Deputy White House Press Secretary Hogan Gidley said in the statement. “The President and the Vice President have since tested negative for the virus and they remain in great health.”

The valet who tested positive isn’t known and it’s unclear what the exact duties of that person involved, but it presumably included serving his meals to the president-Trump likes hamburgers and steak-and accompanying him on trips. To put it another way, the valet was assumed to have daily contact with the president.

MUST READ: Donald Trump says Confident we are going to have coronavirus vaccine by year end

A White House insider told CNN on Wednesday morning that the valet had symptoms, and the news that someone close to the president had tested positive for the virus was ‘hitting the fan’ in the West Wing.