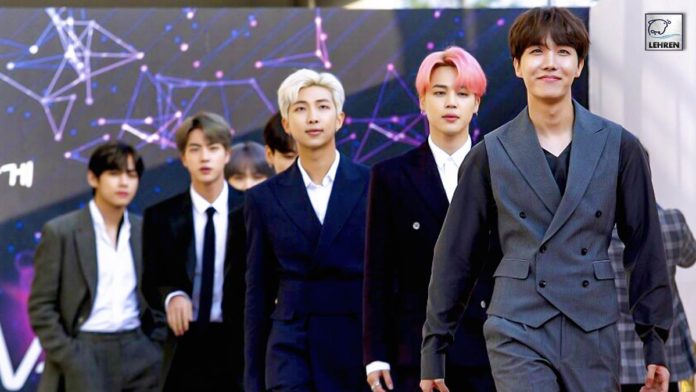 After announcing a hiatus, the band has now decided to work on solo projects. Here's a list of their upcoming solo tracks and albums! Read to know more!

It might have come across as a heartbreak for many, as finally BTS announced a brief hiatus and expressed their desire to focus on individual projects as against performing as a team. BTS’ fandom ARMY went through a roller coaster of emotions as soon as the septuplet band in an emotional video shared that they plan to take a break from their group activities to have the time to concentrate on their solo projects.

The video was posted by the group soon after the release of their anthology album, ‘Proof’, which the band released right around the time of their ninth anniversary, the video featured all the members of the group; Jin, Suga, J-hope, RM, Jimin, V and Jungkook almost tearing down as they broke the news to the ARMY.

While some ARMY sobbed at the news, others shared their excitement to see the boys venture into new projects and reinstating how their love and support for the band members would still remain the same, irrespective of their decision. Though this new venture will give ether members of the group a new opportunity to show off their there talents, few of the members of the group have already given their fans a taste of solo performances.

For the unversed, the leader of the group RM was the first member to have dropped his solo album back in 2015, his self-titled album had as many as 11 tracks. This was quickly followed by Suga, who released his much hit album ‘Agust-D’ in 2016 with J-Hope following the trend and releasing his debut solo album ‘Hope World’ in 2018. The rap line of the group perhaps were the only members to have been working with solo projects, with the vocal line consisting of Jin, Jimin, V and Jungkook, exclusively only worked for the band, up until 2019, when the vocalists of the group also started releasing solo tracks of their own.

Here’s a complete list of solo projects of individual members that ARMYs can expect to witness in the future!

Talking of the rap line, Namjoon aka RM has perhaps been the only member of the group. to have actively released solo tracks, the leader of the group although hasn’t shared any plans of solo album anytime soon but is expected to be next seen in ‘Run BTS’.

J-Hope on the other hand had inky a few days back announced that he’d be seen in the Lollapalooza festival on the 31st of July. “This is going to be my first performance at @lollapalooza,” he wrote sharing the news on Instagram. “It’s a thrilling new challenge that I think will become a really memorable chapter in my musical history! I’m gonna give you guys a great show. Get ready to get crazyyyyyy!” he had shared on Instagram.

As for Suga, the 29-year-old rapper was last seen collaborating with Kpop icon PSY in ‘that that’, apart from this, the ‘Daechwita’ rapper is currently said to have been undergoing classes to improve his English as well as exploring new genres of music. Despite no official announcement, the roofer is said to release a new album in the near future.

Jungkook recently took to his Instagram handle to share the news of his upcoming collaboration with ‘We don’t talk anymore’ singer Charlie Puth called ‘Left and Right’. Recently, on their 9th anniversary, Jungkook released his solo track ‘My You’ dedicated to ARMYs. Apart from this, the maknae has been actively working on his mixtape for quite some time now, rumours have it that Ariana Grande is to make her appearance in his mixtape.

The lead vocalist of the group Jimin hasn’t confirmed much about his solo project, but the ‘filter’ singer confirmed in the FESTA dinner episode that he’s indeed working on an album. “It’s different when you’re writing your own music. After all, I want my music to tell a message to our fans” he said. Whereas Jin, who likes calling himself World Wide Handsome had previously expressed his desire to make in debut in acting. Although the eldest of the band hasn’t confirmed anything, he can be next seen venturing into his acting career.

Lastly V shared how he wants to do so many things, now that the group has decided to venture of solo projects.”I hope there comes a chance to show my music to the world, and not just music. I won’t be just resting or not doing anything [during the hiatus]. I’ll be trying to become someone that has a lot to show you,” he said. Apart from this, the ‘winter bear’s singer will also be seen with his Wooga squad, Park Seojoon, Choi Wooshik, Park Hyungshik and Peakboy in the reality show ‘In the Soop- Friendship trip’.