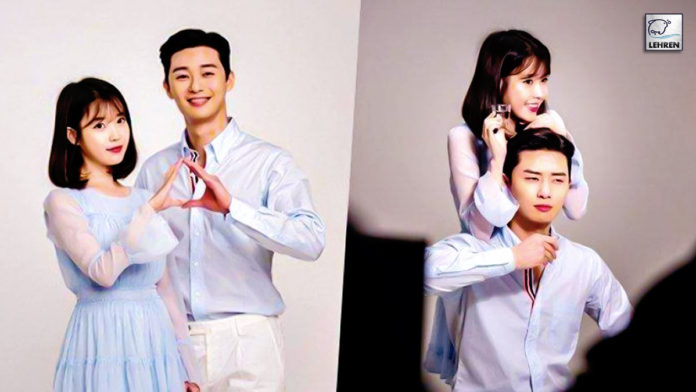 ‘Extreme job’ director Lee Byeong Heon’s next iconic project ‘Dream’ starring South Korean star Park Seo-Joon, who was last seen in the superhot series ‘Itaewon Class’, and popular singer-actress ‘Hotel Del-luna- fame IU, just wrapped up the shoot. The talks about the making of the drama had been around since 2020, although given the global pandemic, it restricted the production and release of the drama. Most of the shooting of the drama was done overseas, which again got impacted because of the pandemic.

Sharing with the Korean media outlets, director Lee shared how the drama was created with “great efforts over a long period of time. The director also shared, “I will also work hard on post-production to complete a film that can successfully relay our intended message to viewers.” Park Seojoon also shared his remarks on the film, “The long journey of ‘Dream’ finally ends today. It is a bit sad now that it is ending, but I am very thankful that we were successfully able to complete the filming. I hope the audience will give it a lot of love.”

Although it is the first time that IU has been a part of such a long feature drama in her career, she shared, “This was my first time filming a feature-length film. I think I will remember it for a long time as I made even more memories than any other project. It was also a good experience for me personally as I felt myself becoming more bright and carefree when acting as So Min. I hope audiences will smile a lot with ‘Dream’ and also feel its warmth.”

The drama is said to have revolved around Park, who plays a professional soccer player, who’s also under a probation period due to an unexpected incident. He then becomes the coach of the thrown out team, but as time passes, comes to sincerity and develops trust in the team. For the unversed, Park Seo Joon was approached by the Marvel studios for a role in their upcoming film. Talking about the experience of working with such a iconic franchise, he revealed, “When I first heard that the Marvel Cinematic Universe wanted to speak with me, I couldn’t believe it. I actually couldn’t believe it.”

He continues saying how he isn’t someone who fears challenges, “I’m not someone who has a fear of challenges, but whether I am filming in South Korea or abroad, everything is a challenge for me. So, I did feel some nerves at first. But everyone was so helpful and welcoming that I was able to find my feet really quickly.”

As of now, ‘Dream’ doesn’t have a releasing date yet, but is slated to be released by the end of this year.