Noah Schnapp Confirms That His Character On ‘Stranger Things’ Is Gay 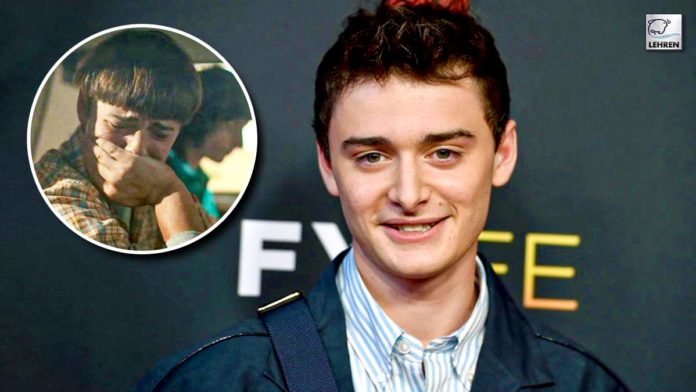 Will's sexuality is finally being discussed by Noah Schnapp. In a recent interview, the young actor acknowledged that his character from the Netflix series "Stranger Things" is homosexual and in love with his closest buddy.

After fans all around the world witnessed the crucial van scene between Will and Mike, Noah Schnapp is talking about Will’s sexuality following the release of Stranger Things season four volume two. After years of cryptic statements from the actors and the Duffer Brothers, Noah is now confirming that Will is homosexual.

“Obviously, it was hinted at in season 1: It was always kind of there, but you never really knew, is it just him growing up slower than his friends? Now that he’s gotten older, they made it a very real, obvious thing,” Noah revealed to Variety. “Now it’s 100% clear that he is gay and he does love Mike. But before, it was a slow arc. I think it is done so beautifully because it’s so easy to make a character just like all of a sudden be gay.”

Schnapp added, “People have come up to me — I was just in Paris and this, like, 40-year-old man came up to me and he was like, ‘Wow, this Will character made me feel so good. And I related to it so much. That is exactly who I was when I was a kid.’ That just made me so happy to hear. They are writing this real character and this real journey and real struggle and they’re doing it so well.”

Over the past few years, Noah has been questioned numerous times on Will’s sexual orientation. When asked about Will’s sexuality in 2020, Noah told The Hollywood Reporter that it was “kind of up to the audience.”

“Some people perceive it as Will could be gay, asexual, or whatever,” the 17-year-old actor revealed at the time. “Or, like how I see it, he was stuck in the Upside Down, and he was away for so long that all of his friends started growing up while he was in this other world.”

The actor claimed that he and the audience had been attempting to figure out Will’s sexuality until lately. “Years ago in season 1, I didn’t know where the Duffers wanted to go with this character,” Noah said in his interview with Variety. “So I was kind of figuring it out along with the audience. But now that I’ve spoken to them and seen the show, I know what they want to do with it. They obviously don’t tell me anything, either. I’m always spoiling stuff, so they will never share anything with me. So it’s a lot of figuring it out on my own. And kind of realizing later on like, ‘Oh this makes sense and this was intentional.’”

Stranger Things has been renewed for a fifth and final season. Season 4 ended with Will fearful of what Vecna may have in store for them next. Will admitted to Mike that Vecna was “still alive” and won’t stop until he’s “taken everything.” Noah revealed that he’s been told by the Duffer Brothers that season 5 is “going to focus more on Will and build that storyline.” Season 5 will definitely be Will Byers’ season, that’s for sure.

Also Read: Drake’s Team Reveals If He Was Really Arrested In Sweden