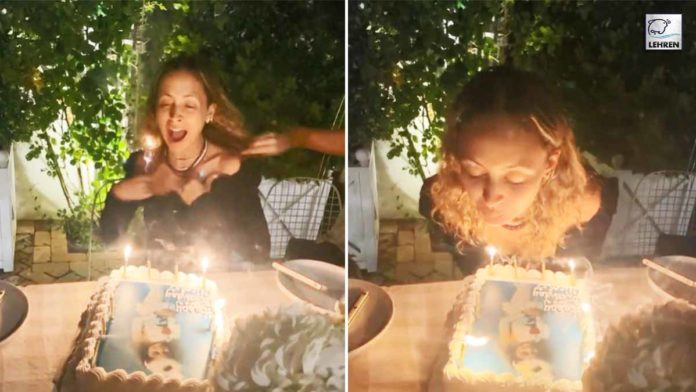 American television star Nicole Richie’s hair caught fire while she was blowing out the candles on her birthday cake.

American television star Nicole Richie accidentally lit her hair on fire while blowing out the candles of her birthday cake. The actress turned 40 on September 21.

Nicole took to Instagram to post a video that shows two locks of her hair catching fire as she leaned down to blow out the candles on her birthday cake. She noticed the tips of her hair burning that prompts her to scream in fear. People present there patted down the flames.

Nicole’s husband, musician Joel Madden also commented on her post. He joked, “That’s hot.” The couple shares two children- a 13-year-old daughter Harlow Winter Kate and an 11-year-old son Sparrow James Midnight. Thankfully, both Nicole and her hair are safe. We say that as she was feeling well and comfortable enough to joke about the incident.

In an interview with People, Nicole explained parenting in the pandemic. “I’ve just learned to listen, to really take a pause and listen. I’ve always stressed that going outside and being in nature is important.” She continues, “But it really became a true necessity once everyone was locked into their computers, Zoom work, all of the things. We really had to make an effort to go outside and be in nature and connect to the earth. I think that is something we have to prioritise in our lives.” She also added that she was proud of her kids for adjusting to school and life during the pandemic.

Nicole is best known for the reality series The Simple Life, in which she starred alongside her childhood friend and fellow socialite Paris Hilton. The show aired from 2003 to 2007. Nicole got her first series regular acting role as Portia Scott-Griffith in the sitcom Great News in 2017. She has also appeared as a judge on reality shows such as Fashion Star and Making The Cut. She has also starred in Kids in America and White Collar Blue. Her credit also includes Six Feet Under and RuPaul’s Drag Race.