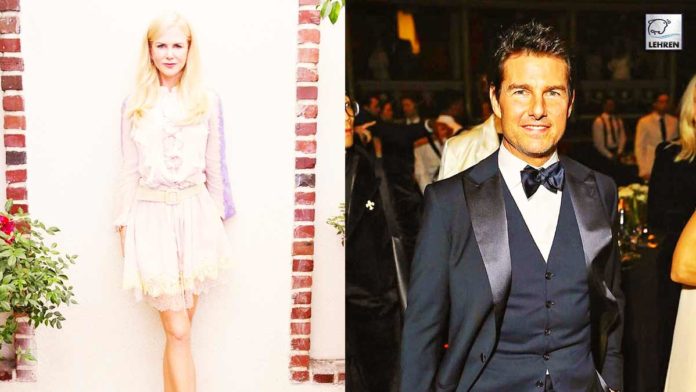 Actor Nicole Kidman gave a rare comment about her marriage and divorce from actor Tom Cruise. The couple split in 2001.

Hollywood actor Nicole Kidman has opened up about her marriage and subsequent divorce from actor Tom Cruise. Speaking to Harper’s Bazaar, for its upcoming October issue, Nicole discussed the immense media scrutiny that their relationship invited in the 1990s.

Nicole said that her acting career was overshadowed by the attention that was given to her personal life and marriage. She accused the media for it.

She stated, “I was young. I think I offered it up? Maybe I’ve gotten a bit more trepidatious, but I’m always trying to be as open as possible. I just prefer to live in the world that way.” She continues, “I’m wary at times, and I’ve been hurt, but at the same time I much prefer a warm approach rather than a prickly shutdown approach.”

Nicole and Tom met on the set of their 1990 movie Days of Thunder. They got married just six months after the release of the movie. They were together for more than a decade and even adopted two children. However, the couple get separated in 2001.

She further added that the chapter left her ‘open’ to other experiences, such as when she finally met her present husband, singer Keith Urban. She said, “My husband, Keith, says that when he met me, he said, ‘How’s your heart?’ And I apparently responded, Open.” Keith and Nicole met in 2005 and he knew from day one that she would one day become his wife. They now share three kids together.

Meanwhile, Tom Cruise married Katie Holmes in 2006 after his divorce from Nicole. He had a daughter Suri with her. However, Katie and Tom also got separated in 2012, reportedly due to his association with the Church of Scientology. He has not been seen with his daughter publicly since 2013.