Nick Cannon Hints At Being Engaged In New Instagram Photos 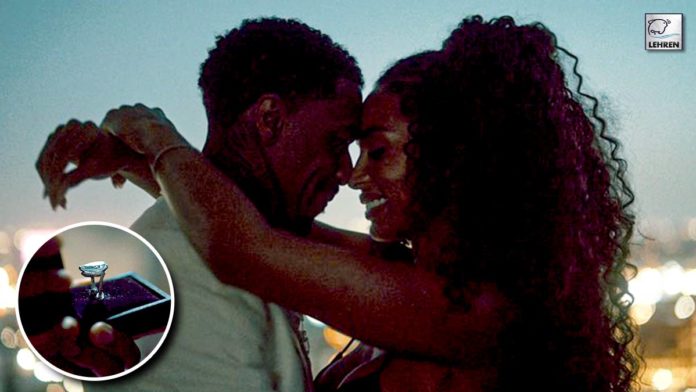 Apparently, Nick Cannon has popped the big question to one of his baby mamas without revealing the woman’s identity. The 'Wild 'N' Out' star uploaded a picture of himself gifting someone a diamond ring, which baffled viewers.

On Thursday, July 14, Cannon posted two pictures on Instagram which he captioned, “I said I would never do it again but…Finally doing what the world wants me to do…”

In the first photo, Nick, 41, hugs a mystery lady while city lights shine in the backdrop. According to TMZ, the woman is Brie Tiesi, who is pregnant with Nick’s eighth child. Nick is holding a diamond engagement ring in a jewelry box in the second slide of the post.

While the professional appearance of the images suggested that Nick had paid someone to record the occasion, others assumed they were stills from an upcoming project of his. “What movie is this for?” said one, skeptical of the proposal. “It’s a movie or anything of the type either way n—- u acting.”

“Is this a music video?” someone else inquired. “This gotta be a music video cuz IKYFL,” Ernest Dukes remarked. Unable to identify the woman in the image, another person questioned, “Wait, which one this?”

Nick is apparently anticipating the birth of more children this year, in addition to Bre. According to reports, Nick is the father of the upcoming child of model Abby De La Rosa. Earlier in June, the model confirmed she was expecting, and Nick was identified as the father by media outlets. Abby and Nick already have twin boys, Zillion and Zion, who turned one in June.

During an appearance on Angela Yee’s Lip Service podcast in July, Nick stated that “the stork is on the way” and was vague about the number of children he’ll have before the end of the year. That would take all the fun out of it if I just gave you a number right now,” he told Entertainment Tonight. “You would be safe to bet on three [more children] in 2022.”

Nick’s “proposal” comes after he stated that he will “never have another love” like the one he had with his ex-wife, Mariah Carey. “It was literally like a fairytale with Mariah, so I would rather it just be that way, and I appreciate that fantasy because if I try to go back and it wasn’t the same, I’d be like, ‘Damn, I messed it up,’” he revealed on The Hottee Talk Show Podcast. “I guess because I’m a true romantic, I’m a true believer in love, and I allow the capsules of love to be where they lie. I’m not a timeline dude. I will never have a love like I did with Mariah.”