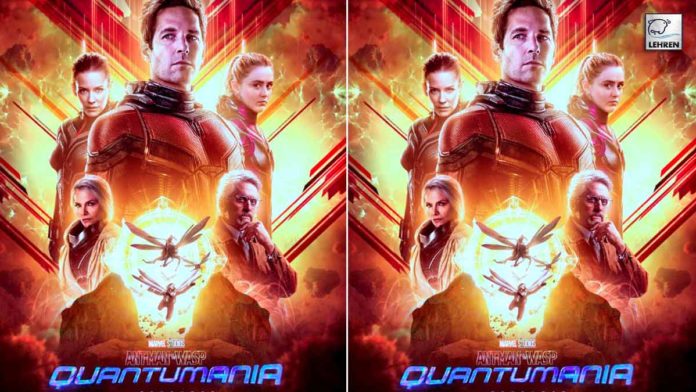 A new logo from 'Ant-Man 3' was leaked online featuring strange symbols. 'Ant-Man and the Wasp: Quantumania' is slated to release in 2023.

Ant-Man and the Wasp: Quantumania gets a new but strange logo. The upcoming movie will be the third movie in the antman franchise and as the name suggests the upcoming film will explore the Quantum Realm. Director Peyton Reed will reunite with Paul Rudd and Evangeline Lily who play, Scott Lang aka Ant-Man, and Hope Pym/Wasp, respectively. Principal photography is ongoing in London, and plot details for Ant-Man and the Wasp: Quantumania (antman 3) are still under wraps at the moment. The latest revelation of Ant-Man 3 featured a new logo with strange new symbols. As the leak was shared on the web, netizens tried to decode the symbol.

Meanwhile, between its title and the events of the Infinity Saga, it is safe to assume that it will continue its exploration of the Quantum Realm. As described by Hank Pym (Michael Douglas) in the first antman film in 2015, the Quantum Realm is “a reality where all concepts of time and space become irrelevant as you shrink for all eternity.” By 2018’s Ant-Man and the Wasp, Janet van Dyne (Michelle Pfeiffer), who had been stranded there for decades, was successfully rescued. Five years later in Avengers: Endgame, the time heist was made possible by Pym’s Quantum Tunnel that allowed the surviving heroes to access the Quantum Realm with the help of several vials of Pym Particles.

However, with still so much to know about the Quantum Realm, Ant-Man, and the Wasp: Quantumania will expectedly make a deep dive into it. Aside from what’s been revealed so far, the threequel’s new logo on the back of a movie set chair suggests its ties to the multiverse.

While much about Ant-Man and the Wasp: Quantumania is still under wraps, it is confirmed Kang the Conqueror (played by Jonathan Majors) will be the antagonist in the movie. Kang the Conqueror was first introduced in MCU through the mini-series Loki as he is the character who created the time variance authority to stop the multiversal war. But blinded by her rage, Sylvie kills him, resulting in the multiverse descending into chaos. Meanwhile, antman 3 is scheduled to release on July 23, 2023, under phase four of the Marvel Cinematic Universe.