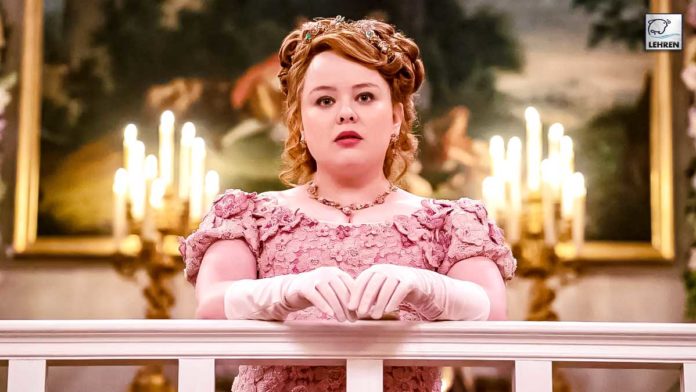 Bridgerton's season 3 first look comes after it was reported that filming for the third series had been halted.

Bridgerton is one of the fans’ favourite dramas. And Bridgerton’s season 3 first-look photos have been unveiled! The photos showed multiple cast members, donning their best Regency attire, arriving on the set to resume work on the Netflix hit after filming kickstarted on the third series back in July.

Several of Bridgerton’s stars can be seen stepping out in Bath for filming. They all looked breathtaking in 19th Century outfits. Bridgerton season 3 first look comes after it was reported that filming for the third series had been halted after bosses thought that some of the storylines had gone ‘too dark.’

However, Netflix announced back in July that filming for Bridgerton’s third series has begun, with all brand new episodes set to focus on the love story of Penelope Featherington, played by Nicola Coughlan and Colin Bridgerton aka Luke Newton. Along with the exciting news that filming is back in production, it has also been revealed that three new cast members will be joining the romantic series.

Daniel Francis, who has previously starred in Stay Close, will be joining the cast as Marcus Anderson, ‘a charismatic presence who lights up any room he enters, attracting the notice of certain matriarchs in the ton and the ire of others’. Meanwhile, The Crown star Sam Phillips will play Lord Debling, described as a genial lord with ‘unusual interests’.

Sam Phillips’ character’s description adds, ‘But with wealth and a noble title to back up his eccentricities, he’ll have no shortage of interest from young ladies this season.’ And James Phoon, who has appeared in Wreck, is set to star as Harry Dankworth in the third series.

The first look photos come after it was reported that the third series of Bridgerton had fallen into chaos after bosses decided to axe a ‘very dark’ storyline. Sources working on the production of the Netflix series revealed to DailyMail that some of the scripts have had to be rewritten as Shonda Rhimes, the programme’s producer wants to give viewers more joy. It is understood that there were concerns over a s*x plotline.