Mindy Kaling Confesses To Have Secretly Welcomed Baby No. 2? 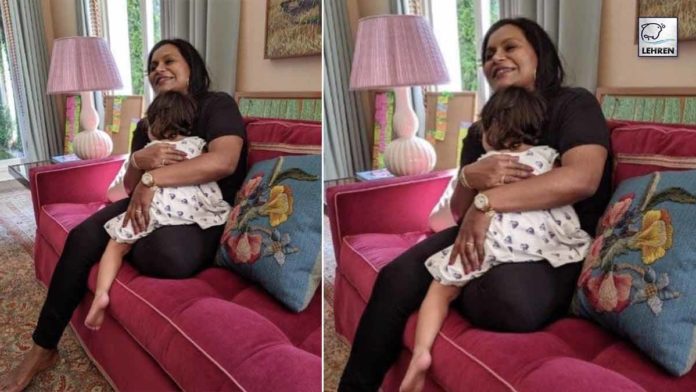 Mindy Kaling has reportedly confessed to having welcomed baby no. 2. The actress already has a 2-year old daughter. Read below to know more.

Actress Mindy Kaling who is known for her versatile acting skills likes to keep her personal life away from the public eye. The actress keeps her personal matters under the wraps while letting her work speak for itself. On her recent appearance on The Late Show With Stephen Colbert, Mindy Kaling confessed that she has secretly welcomed baby no 2.

The news has taken all her fans by surprise as Mindy very nicely masked her pregnancy amid the lockdown imposed because of the coronavirus pandemic.

For the unknown, Kaling already has a 2-year old daughter named Katherine ‘Kit’ Kaling. Now the news of Mindy Kaling welcoming a baby no. 2 has made her fans gush.

According to the reports by E! Online, host Stephen Colbert nudged Mindy Kaling to reveal her good news. Colbert said, “I got something I rarely get these days, which is good news, so if you wouldn’t mind sharing with our audience I think they’d be thrilled to find out something extraordinary that nobody knows up until this moment.”

Responding to Stephen’s question, Mindy confessed that she has welcomed a baby boy on September 3, 2020. Spilling more beans, the actress said that this is for the first time that she is telling the same.

Furthermore, Mindy reveals that she feels strange but it is news for many people.

The 41-year old easily hid her pregnancy from the camera shutters as she has been quarantining with her daughter in Los Angeles.

Speaking of Mindy Kaling’s first pregnancy, the actress also kept the same under wraps. However, it was later on Oprah Winfrey who revealed it.

Well, Mindy’s second baby arrives in the wake of her new book’s release this week. The title of the book is Nothing Like I Imagined, (Except for Sometimes). It is a collection of personal essays and also it happens to be Mindy’s second book.

On the work front, Mindy Kaling is a part of a writers group who are writing for Legally Blonde 3. Apart from that, Mindy is also working on the sequel of the beloved Netflix series Never Have I Ever.