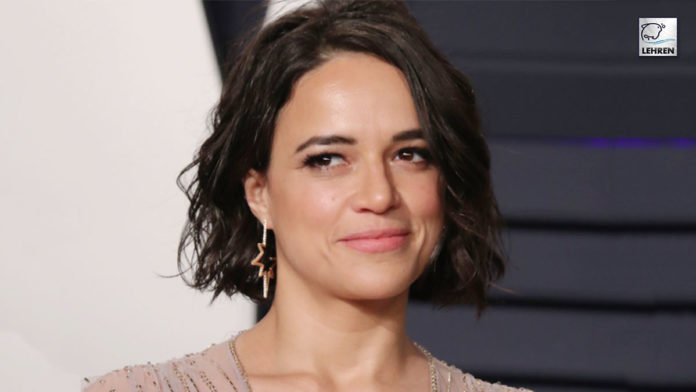 The shooting for the much-awaited action-thriller movie, Fast & Furious 9 indefinitely got postponed due to the coronavirus pandemic. The movie was slated to release in 2020 but as the production work still remains, it will be pushed to 2021. Recently, Michelle Rodriguez opened up about the plot of Fast & Furious 9.

Spilling beans on the plot of Fast & Furious 9, Michelle Rodriguez revealed that this time they are heading to the space.

In her recent appearance on SiriusXM’s The Jess Cagle Show, Rodriguez made the revelation. Before Michelle’s confirmation, Ludacris had teased the fans about a plotline based in space.

During the interaction, Michelle said, “Oh, no way. How did you guys find that out? See what happens? People start talking behind the scenes, man. When a movie doesn’t come out and forget about it, things get out. Nobody was supposed to know that.”

Rodriguez added she wasn’t lucky enough to touch space. However, they got a female writer while showing lots of love as well.

Thanks to Lin, Michelle thinks they’ve been able to get a little more focus and love for the girls in F9. Michelle is really hoping it will show up in the end product.

Explaining her need for a female writer was just all of the candour for Rodriguez. As she felt so many of the boys had only one side with all the females.

Speaking of Fast & Furious 9, the film will also have a special appearance of WWE star John Cena.

ALSO READ: John Cena has no idea what Cardi B is doing in Fast & Furious 9