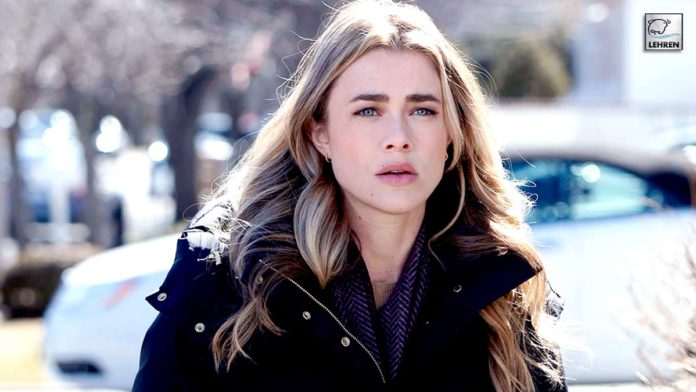 While things don't look promising now, Melissa Roxburgh promised viewers will be satisfied with how things wrap up in Manifest season 2 part 2.

Manifest season 4 part 1 answered a lot of threatening questions. However, as the final 10 episodes of the Netflix hit series are still left to stream, there were several major cliffhangers that part 1 left viewers crying for more. While things don’t look promising now, the actress promised viewers will be satisfied with how things wrap up. Manifest Season 4 Part 1 spoiler ahead!

In the last episode of Manifest season 4 part 1, the shocking truth about the Death Date was revealed and one of the main characters made the ultimate sacrifice as the threat of a world-ending apocalypse is revealed. However, as Cal, played by Ty Doran, battled leukaemia, Michaela’s husband, Zeke (Matt Long), discovered along the way that it was the grown-up teenager who was the key to it all, using his supernatural powers to absorb Cal’s illness, sacrificing himself in the end, while sparing Cal.

However, Michaela arrived a little late only to find her husband Zeke dying. Meanwhile, in the latest interview with Entertainment Tonight, Manifest star Melissa Roxburgh shared Cal’s significance to the story saying, “I think since Day 1.” She added, “He’s always been that pivotal character just because he’s innocent. He’s the one who has done no wrong. All he does is draw his pictures about the future.”

She added, “But he’s really the innocent heart of the show, so for that, you get to kind of see him lead the way up through that. In every good show, there’s a creepy kid doing drawings!” Roxburgh admitted Zeke’s sacrifice was difficult to come to terms with, but ultimately served the story and made sense for the character.

The actress added, “Honestly, I thought it was really cool. I thought it was great writing.” Roxburgh went on to say, “You get to see why Zeke does that and how Zeke does that and it just comes from such a deep place of empathy, so the fact that it becomes bigger for Zeke, almost like an addiction for Zeke, and then he gets to end that addiction with a really good act or gesture, I thought that was really great writing.”

While talking about how things will turn up in part 2, Roxburgh warns Angelina “goes pretty far. She takes things dark, for sure. She teased, “It’s a countdown to a Death Day. They’re not sure, to be honest.” “They’re trying to figure it out along with the rest of them and they’re finding new creative ways to get there and the stakes just keep getting higher and higher,” Roxburgh teased. “I don’t think they had a plan in mind, so much more rolling with the punches and the punches get harder and harder.”