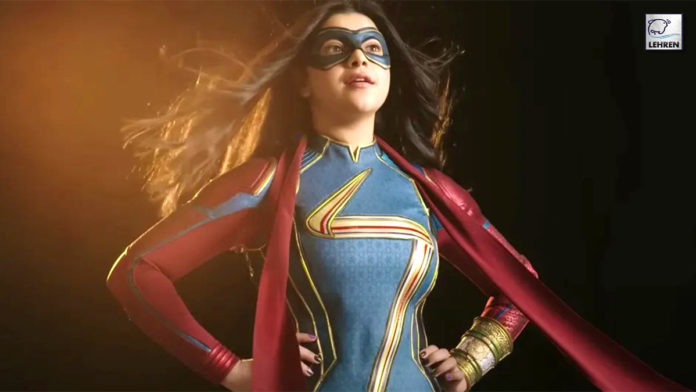 Making her debut in The Marvels, Ms Marvel has made a striking Nexus between other Marvel characters. Read to know-how!

Ms Marvel from the Disney plus Hotstar has perhaps been the only MCU edition to have garnered the lowest viewership, but the show is divulging into all kinds of connections with the other aspects of the MCU series. For the unversed, Iman Vellani’s on-screen character Kamala Khan is confirmed to be an addition to the Marvel world, making her debut with the larger MCU Marvel world.

For everybody who hasn’t watched the series yet, the first two episodes mainly reviled around Kamala Khan and her friends and family, her struggle in finding out about her powers and how to use them, all of that just as a teenager. Episode two revealed Kamala’s unknown powers as she received a forbidden bangle, which gives her a vision of a woman from a different instalment. Right from the end of the bewildering second episode, the origin of the bangle has remained to be the question.

After finding out about the real identity of her grandmother in episode 3, Kamala realises that her grandmother is a Djinn and part of the ClanDestines. The ClanDestines reveal how they’re trapped on earth since 1942 and that the woman from Kamala’s vision is Najma, who reveals through the vision the power of the bangle and how it can help them return home.

CONNECTIONS WITH THOR AND DOCTOR STRANGE

After Kamala decides to help the ClanDestines, her best friend Bruno hints how all of the Noor dimensions and Djinn lore is all about interdimensional travel. He specifically mentions Dr Erik Selvig, a character from the THOR franchise. For the inversed, Selvig is an astrophysicist and a close friend of Natalie Portman’s character Jane Foster and Chris Hemsworth’s Thor. Selvig was last seen in MCU’s Avengers: Age of Ultron back in 2015, where he had helped Thor with his visions, in order to get the infinity stone.

The series has so far managed to get lukewarm attention from the viewers, given the popularity of MCU, but the initial episodes assure that the series might pick pace hereafter. About casting Iman as Kamala, producer Amanast shared, “Iman is Kamala, Kamala is Iman. Like it’s just so interchangeable at this point, but definitely, Iman brought her own spin to it, of course, because she’s her own person…She reads everything, and she’s such a huge fan. She’s the ultimate fan. She belongs in the Marvel Cinematic Universe” she said.

Talking about Iman and how her creative side helped her bring out Kamala, she said, “The reality is, I think that was from day one, and that’s not really regarding just Marvel, but in general, she has a creative mind. She has that maturity. She wants to be in this industry regardless, and well done for us and lucky for us that she’s obsessed with Marvel, and that she loves it so much. I think all of that really comes through in what gives her the ability to play this role and just embody this role, but also what’s going to give her the ability to navigate the future within this character and within her wider universe. I really think she’s an artist. I don’t think it’s possible to expect an artist to come on board a project and not have a million ideas about it.”