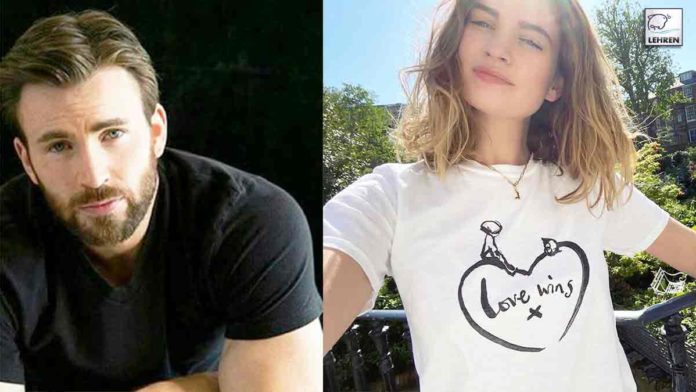 For the unknown, Lily James likes to keep her private life away from the public eye. However, with so many fans demanding to know what’s cooking between her and Chris Evans she had to tell the truth.

As per the sources, Lily James and Chris Evans are dating each other even before the lockdown began. In her recent interview, when Lily was quizzed about her relationship status with Evans. She neither did accept nor deny the same.

However, during the interaction with E! News, the 31-year old actress did confess that her outlook on love has changed. She perceives love in a different way rather than the way she did in her younger days.

When asked about a piece of advice she would like to pass on to her younger self, Lily said, “Don’t be obsessed with boys! Hang out with you girl mates.”

On the other hand, Chris Evans had said that he is enjoying some solo time. It’s just Captain America and his dog Dodger as of now.

On the work front, Lilly James is focusing on the next phase of her life. She will co-produce the Pursuit of Love. The actress will also star in the same.

It seems like everyone has to wait a little longer for Lily James and Chris Evans to confirm their relationship status.