Amid Public Apology, A Look At Seo Ye Ji’s Biggest Scandals Till Date 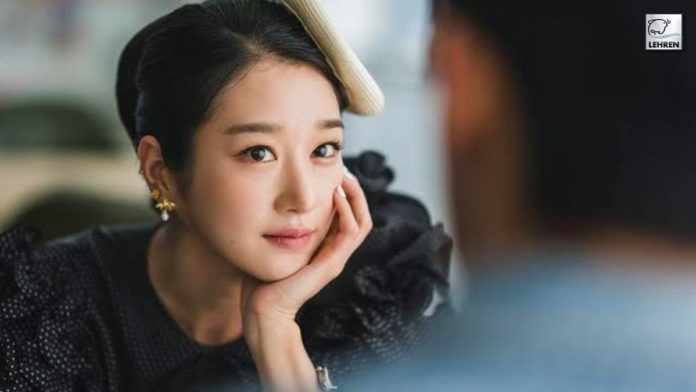 The ‘It's okay to not be okay’ star recently sent out a public apology over a controversy arising from her past relationship. Read to know other scandals the actress is associated with!

Ahead of her new drama comeback, popularly Korean actress Seo Ye Ji sent out an apology publicly because of controversy from her past relationship with actor Kim Jung Hyun of “remembering first love” fame. Her agency ‘GOLDMEDALIST’ sent out the apology letter which the actress herself has quoted with her own words.

“Once again, I sincerely bow my head in apology for the fact that I have caused a lot of disappointment. Everything stems from my immaturity, and I will try to behave more carefully and show a more mature version of myself in the future” she continued.

The controversy stemmed from a screenshot of a text message that surfaced online, wherein Seo Ye Ji ‘ordered’ her then-boyfriend Kim Jung Hyun to apparently modify the script of his 2018 drama “Time”. This was to prevent her then-boyfriend Jung Hyun from performing intimate scenes with the actress of the drama, Seohyun of K-pop girl group ‘Girls’ Generation’. Clearly, Seo Ye Ji has issues with her coy friend doing physical scenes and therefore demanded that drama be excluded from all such scenes.

When this news broke out, the couple weren’t even together, but still, the news somehow managed to put Seo Ye Ji in trouble. With people criticizing her for her dominant nature, others thought how she was controlling her boyfriend’s professional life, manipulating him, which she shouldn’t have. Many thought it was very ‘immature’ of her to think that way as she’s herself a popular actress. Well, this isn’t the end, the actress has been accused of several other scandals throughout her career.

Way back in 2014, in an online forum, a user had shared how the actress had bullied her in their school days. “Seo Ye-ji bullied me in middle school and even extorted me” the user accused.

This time around, the actress had debuted and was quite popular hence her fans couldn’t believe the rumors. The user even shared a picture of Seo Ye Ji from their school days to back her claims but nonetheless, they were dismissed as people thought the girl in the picture had no resemblance with Seo Ye Ji. But the news resurfaced again a few years back when another user confirmed how the picture was indeed hers, and even shared a similar picture of the actress from their school yearbook.

“Seo Ye-Ji went for plastic surgery around her middle school graduation, and that’s why people couldn’t believe those photos are actually of her” the user claimed. Although the actress’s label completely rejected the rumors.

Then in another interview, Seo Ye Ji revealed how she studied abroad for 3 years in a university-based at Madrid in Spain. In her own words, she said she wanted to become a news anchor and hence had gone to the Spain university to study there. But later the actress accused the Spain university of racism and discrimination. Surprisingly, the actress then a few years later contradicted her own words and mentioned she never went to Spain to study and never wanted to be a news anchor. She was also in the past accused of bullying her staff, abusing them verbally, and asked to buy her ‘cigarettes’.