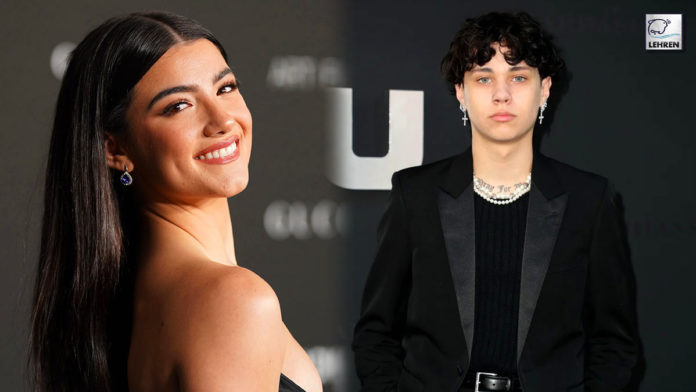 A source confirms that Landon Barker and Charli D'Amelio are dating, but for the time being, the young pair is 'taking things easy,' in their relationship.

Landon Barker, 18, and Charli D’Amelio, 18, are the newest young couple in Hollywood, and they have ‘strong feelings’ for one another. According to a source close to Landon, Travis Barker’s son ‘is very into’ the popular TikTok star. An insider told HollywoodLife, “Although he’s trying to play things cool, he’s had a crush on her for a while and is very excited about where this relationship could go.” The source confirmed that Landon and Charli are indeed dating but it has not been very long since they have been going out.

The source added, “Things are really new for them both and even though they’re young, they have agreed they want to take things slow despite the strong feelings they have for one another.” “They’ve only been seeing each other a short while but Landon seems really happy with her,” the insider further revealed. Sources said that Travis, Landon’s father, and Kourtney Kardashian, his stepmom, ‘have spent a lot of time’ with the young couple, and ‘and Landon absolutely has their blessing. They think Charli is a doll.’

Landon and Charli’s ‘early stages’ of dating were originally revealed by People on June 27. The duo went to see Machine Gun Kelly perform the next night at Madison Square Garden in New York City, where Landon made a surprise appearance onstage. Charlie was in the audience to cheer him on, and after the performance, the two were seen walking out of the building hand in hand. Dixie D’Amelio, Charli’s sister, was also travelling with the group.

Charli and Landon have not formally declared their relationship. Sadly, Landon has been struggling with a family health emergency. On June 28, his father Travis Barker was taken by ambulance to the hospital in California because of pancreatitis. During their father’s hospitalisation, Landon’s sister, Alabama Barker, sought supporters for ‘prayers’ on social media. There has been no credible update on Travis’ health.