Kylie Jenner Refuses To Share Pictures Of Newborn Son Because Of THIS Reason! 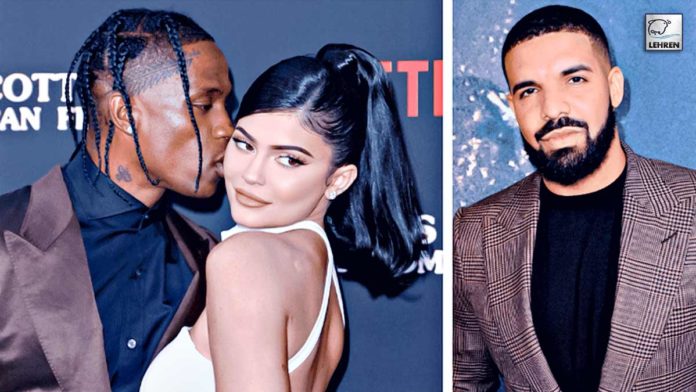 The young entrepreneur and rapper Travis Scott welcomed their second child together, a son, the new mother took to her Instagram to share the first-ever pic of the baby.

It’s not news anymore, Kylie Jenner has become a mom again recently after giving birth to baby boy Wolf. While the news of Kylie and Travis’s son’s birth became the talk of the internet, many fans eagerly waited for the new mother or someone from the Kardashian family to share the pictures of the baby boy. And Kylie did, in fact, share a black and white image of Wolf Webster, his tiny fingers wrapped all along with sister Stormi’s hands. But fans waited for Kylie to finally reveal the face of the baby, with granny Kris Jenner sharing on the Ellen Show how the newborn just resembles his sister Stormi, it made fans a lot more curious. But multiple theories on the internet reveal how Kylie might not share pictures of the baby boy anytime soon, given the controversies that have surrounded the air since the newborn’s birth.

For the unversed, rumors have been making rounds how Drake is actually the father of Kylie’s newborn, not Travis. While as disturbing and absurd it may sound, Drake and Kylie were said to be involved in a relationship and were even said to be seeing each other ‘romantically’. Many even believed how Kylie had parted her ways from the father of her daughter and boyfriend Travis and was said to be dating Drake instead. Many insiders also revealed how the two actually hooked up several times, the speculations were making rounds in 2019, and then in 2020, just a few months later, Kylie shared news of her second pregnancy. Kylie set the records straight right when she made the announcement that Travis indeed was the father of her child, however many conspired Drake to be the actual father of the baby.

While Kylie has been through this before once, when daughter Stormi was born, many suggested how the baby girl looked nothing like Travis and in fact resembles a lot more like Kylie’s personal security Tim Chung. Rumors were made around how he could actually be the baby’s father. Rumors made so many headlines, that Chung himself had to intervene and released an open letter asking fans to respect ‘Kylie and Travis’s privacy and requested fans to put a full stop to the rumors. Many even believed Travis actually ran some paternity tests amidst the rumors. With Drake’s name being dragged this time, fans have speculated how Kylie might not upload pictures of the newborn, for the time being, just to avoid all of the ‘who does the baby look more like’ drama. Sure Kylie is being a protective mom and wishes to keep her kids as far from such problematic rumors as possible at the same time avoiding unnecessary chaos on the internet.

While as wild and crazy as these rumors might sound, we congratulate Kylie on experiencing motherhood all over again.