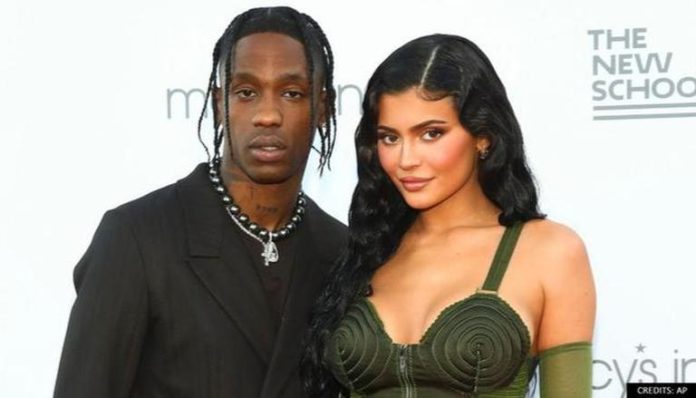 Kylie Jenner and Travis Scott are expecting their second child. Jenner took Instagram to share an emotional video. The clip shows Kylie's journey of finding out about her pregnancy.

Kylie Jenner and Travis Scott have officially confirmed rumors. The 24-year-old Kylie Jenner took to Instagram to confirm the rumors that they are all set to welcome their second child. She shared an emotional and adorable video on her Instagram. The post is simply captioned with a silver heart and an emoticon of a pregnant woman. She tagged the Franchise rapper, Travia.

The video uncovers the journey of finding out that she and Travis Scott are expecting a second baby. Kylie can be seen sharing the news with Travis and her three-year-old daughter Stormi. The video includes trips to the doctor, breaking the news to Kris Jenner, and several sweet and adorable short clips with Stormi.

The video begins with the American model and entrepreneur, Kylie showing her pregnancy test on camera and announcing the news to Travis who gets overjoyed with this news. He hugs her stomach. Then in the other snippet, the clip shows the couple and their daughter Stormi. They are visiting the doctor to finally confirming the good news. Afterward, Kylie and Stormi show her ultrasound pictures to Kris. By getting this news we can see him getting emotional.

The video also shows some glimpses of Kylie’s 24th birthday. Another snippet in the video shows Stormi. She is hearing the baby’s heartbeat at another ultrasound and kissing her mother’s baby bump. The one-and-a-half-minute video also shows 3-year-old Stormi, giving her grandmother an envelope. Kylie’s mother exclaims, “Oh! What is this?” While flipping through sonogram images. She was amazed by this news. Later she asked, “Are you pregnant?” While Kris Jenner can be heard saying, “We’re going to have a baby! This is one of the happiest days of my life!”

Kylie’s 24-year-old sister, Kourtney Kardashian, also expressed her joy in the comments. The comment reads, “Crying this is so beautiful my blessed angel sister.” She is currently dating rocker Travis Barker.

Scott and Jenner were separated in 2019 after nearly two years together. But later rumors of a reconciliation sparked on the internet when they looked cozy together on the red carpet at the Parsons Benefit in June, where the rapper was being honored. During his acceptance speech, he stated, “Stormi, I love you, and wifey, I love you.”

The Instagram video, which already has over 67 million views and over 226K likes within 12 hours of it going live. Netizens reacted and the comments are flooded with love and congratulations. Supermodel Bella Hadid commented, “I can’t. So beautiful. Bawling!!! Best mama. So happy for you.”

This video reminds netizens of the one that broke the internet after Stormi was born. After keeping a secret of her first pregnancy, Kylie Jenner released a YouTube video soon after giving birth. In that video, she expressed the detailed journey of her pregnancy. The video shows the process from finding out she was expecting, to her friends and family react to it. She welcomed her first child Stormi on February 1, 2018. It is believed that Travis was present in the delivery room.

Watch below the Video, Kylie uploaded on her Instagram page: