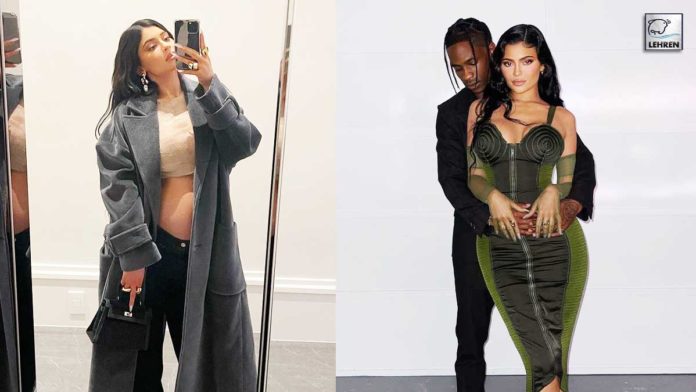 The baby shower was reportedly small with only Kardashian and Jenner family and a few friends in attendance.

Kylie Jenner has reportedly had a ‘low-key’ baby shower over the weekend. The 24-year-old makeup mogul was celebrated by sister Khloe Kardashian as she expects her second child with rapper Travis Scott, the two already share daughter Stormi Webster, age three.

The intimate party was held at Khloe’s new mansion in Hidden Hills, California which was recently completed and is next door to the family’s matriarch Kris Jenner, according to a report from TMZ. However, photos from the event have yet to surface and they may not be shared for a while as Kylie and Travis have been staying out of the spotlight ever since his November 5, 2021, Astroworld concert in Texas which resulted in 10 deaths.

However, last week the musician upset the victim’s families when he told Charlamagne Tha God he did not know anyone had died until after his concert was finished. Meanwhile, it is not known when Kylie and Travis’ second child is expected. The gender is not yet known either. The star announced in August she was expecting after parent Caitlyn Jenner hinted another Jenner child was on the way.

The baby shower was small with only family and a few friends in attendance reported the outlet. That means Khloe, Kim, Kourtney, and Kendall, as well as momager Kris, were all likely there. It was also noted that several of the family’s nieces and nephews were also present there. Kim has four children, North, Saint, Chicago, and Psalm, Kourtney has three, Mason, Penelope, and Reign, Khloe has one True) and Rob has one Dream.

Meanwhile, Kendall does not yet have children, but the girlfriend of basketball player Devin Booker has noted that she would like kids soon. However, the outlet also reported that there were activities at the party such as a ‘massage station,’ several ‘treats’ tables, and a tent with tables for privacy.’ Last week it was reported that Kylie and Travis are ‘leaning on each other as they prepare for the arrival of their second child.