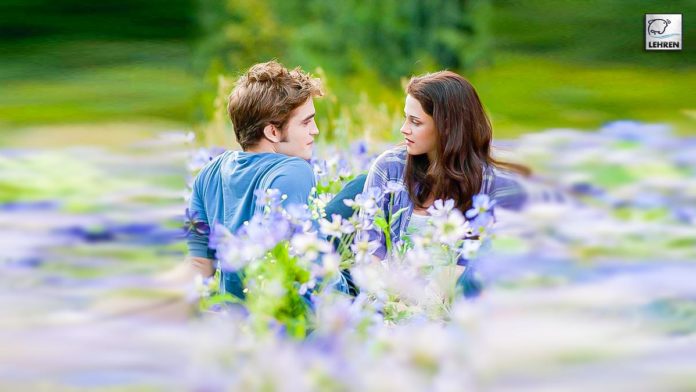 Almost nine years after gracing the big screen as Bella Cullen in Twilight, Kristen Stewart has opened up on the mega-blockbuster film franchise.

Ahead of her most anticipated forthcoming role in the Princess Diana biopic, Spencer, Kristen Stewart is reflecting on another character and relationship that fascinated Twihards everywhere for years, i.e., her role as Bella in the Twilight franchise.

The actress, 31, has recently opened up about the production process and subsequent fandom in an interview with The New Yorker. However, the films’ director, Catherine Hardwicke, told the outlet that during the audition process, Kristen “just kind of mentioned that she was raised with wolves, real wolves as her family took care of wolves.” Meanwhile, in reality, they were hybrids of the wolf, also known as wolf dogs, as Kristen’s mom explained to Us Weekly in 2013.

As you can imagine, that was just the kind of real-life experience Hardwicke was looking for in Bella, whose second love interest in the film is Jacob played by Taylor Lautner, a shapeshifter who turns into a wolf. As for her other half on screen, Kristen says it was obvious that Robert Pattinson was the perfect match from the start.

The actress said to the outlet, “It was so clear who worked.” Mimicking a swoon, Kristen continued, “I was literally just, like,” while adding that he had an “intellectual approach that was combined with I don’t give a f**k about this, but I’m going to make this sing. And I was, like, ‘Ugh, same.'”

However, Kristen and Robert began dating in mid-2009, about a year after the first movie of the franchise was released. After four years together, the couple broke up in May 2013. While addressing their undeniable chemistry, Kristen said, “Whatever, we were young and stupid and, not to say that we made it so much better but that’s what the film needed, and that’s what anybody playing those parts needed to feel.”

Kristen went on saying, “It was very naive in the best way.” Meanwhile, describing filming the series as “college,” as she was tutored during film shoots, the actress also noted how interesting it was to see the perception others had of her based on the famous role. The fans favorite saga, which went on to gross over $3 billion worldwide, catapulted the movie’s stars onto another level of fame, which Kristen reflects on with adoration, even now.

Twilight actress also said, “Like, how fun for people to think they know you,” she said to the outlet. “Did you think I was going to do Twilight forever?” she added rhetorically. “Is that how you saw me?” She continues, “If that’s how you saw me, then you really set me up for success, because I can do way more than that.” Kristen has more than 40 films under her belt and is already collecting Oscar buzz for her role in Spencer. She recently announced her engagement with her longtime love Dylan Meyer.