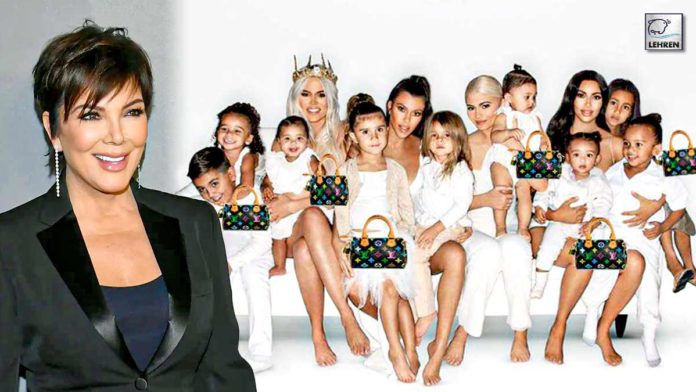 In a recent podcast interview, The Kardashian Momager discussed how she's "understanding" of her children beginning their own families even before marriage.

Kris has six children and eleven grandchildren. With the exception of Kendall, all of her children are parents. The Kardashians actress discussed how she gave birth to Kourtney Kardashian a little over nine months after her first marriage to Robert Kardashian on the podcast. She joked that some people probably calculated the years between her marriage and the birth of Kourtney in 1979. “I promise I got pregnant on my honeymoon!” she remarked. “You know, those were the days that I’m very old-fashioned.”

She must have “evolved” from her ‘old-fashioned’ views, Martha said since all of her children (except Kim Kardashian) began their families before getting married. Kris stated that she is aware of the “big age difference” and “different generations” her children come from. “I get more and more understanding,” she explained. “I learned so much along the way that I knew nothing about before. I think that I do. I embrace what is in front of me. I think that I am easy once I understand.”

During the long relationship that Kris’ daughter Kourtney had with Scott Disick in 2009, she gave birth to her first grandchild. Mason, 12, Penelope, 9, and Reign, 7, were the three children that Kourt and Scott had. Prior to having her four children, North, 9, Saint, 6, Chicago, 4, and Psalm, 3, Kim had married her ex-husband Kanye West.

Travis Scott and Kylie Jenner are parents to Stormi, age 4, and a boy who is five months old. Their baby boy’s name is either yet to be confirmed. Khloe and Rob Kardashian each have a kid from their previous relationships with Blac Chyna and Tristan Thompson, respectively. True is Khloe’s 4-year-old son, and Dream is Rob’s 5-year-old daughter.

Kris said on the podcast that she is most pleased of her son and daughters for becoming wonderful parents. “They are the best mothers and my son is the greatest dad in the world, and I’m just so proud of that,” she added during the interview. I’m proud of that, and I’m proud of who they are and what they all did together to get to where they are today.”