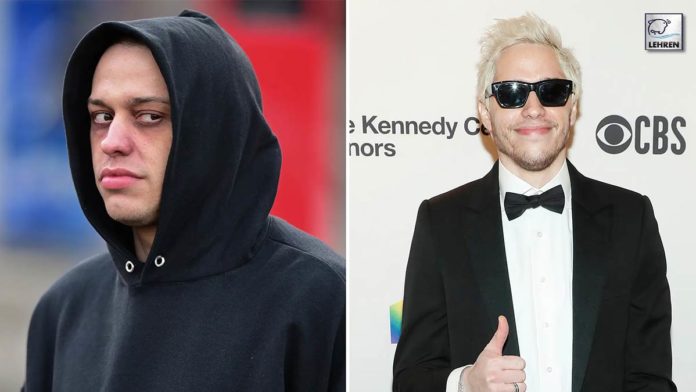 With family and friends of Kourtney and Travis gathering in Italy for the duo's wedding, Pete apparently is missing from the ceremony. Read to know why!

It’s finally ringing wedding bells for the eldest of the Kardashian-Jenner clan, with the Kourtney and Travis Barker’s destination wedding in Italy. The exact date of the wedding wasn’t confirmed but sources close to the family have revealed that the event could take place anytime around the weekend. With that news, soon the media started seeing the Kardashian and Jenner family and friends gathering at the event, with their respective partners and dear ones.

While the second youngest sibling Kendall Jenner was seen arriving at the event with her current partner Devin Booker, many were eager to see Pete Davidson too, at the family function around Kim. It is no secret anymore, that Pete and Kim are so in love that the two just can’t seem to stay away from each other, especially Pete, who has been spotted accompanying Kim almost everywhere, wight from her trips to public events like MET Gala.

While Pete spending time with his girlfriend Kim might have made some people upset, allegedly, the comedian left SNL after almost successful 8 seasons because of the discrepancies at work and with his co-workers, who had blamed him for ‘abandoning’ them because of Kim. In a statement, his co-members at the late-night show shared their disappointment and accused him of having all the time for his girlfriend but for the show.

Following the allegations, Pete was quick to announce his exit from the show, perhaps making a few fans dejected with his decision, who loved watching him on the late-night sketch. In the middle of all the commotion, it was also reported how Pete isn’t going to be a part of Kourtney’s wedding ceremony, many believed that the comedian was even invited to the intimate ceremony.

But it was soon related that the comedian is all caught up with work and that he’d be busy shooting his final episode with SNL, officially saying goodbye to his viewers and co-members, one last time. Just not Pee, 3 other show members are to bid goodbye to the show this weekend.

ALSO READ – Kangana Ranaut Reveals How We Can ‘Save’ Bollywood!

For the unversed, Kourtney and Travis had unofficially got hitched last month in Las Vegas, and the mother of 3 took to her Instagram to share pictures. “Found these in my camera roll,” she wrote in her post on April 6. “Once upon a time in a land far, far away (Las Vegas) at 2 am, after an epic night and a little tequila, a queen and her handsome king ventured out to the only open chapel with an Elvis and got married (with no license). Practice makes perfect” she quoted.