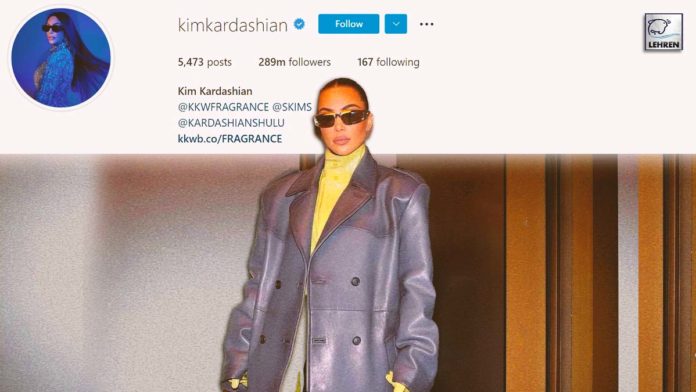 Kim Kardashian has recently dropped her married name from her social media handles just a day after being declared legally single. After returning to her maiden name on Instagram and Twitter after six years of marriage, the reality star received a flood of support from fans. Recently, the judge granted her request to become legally single while issues of child custody and property are worked out.

Judge Steve Cochran granted her request to have her maiden name restored, and he denied West’s motion to prevent Kardashian from transferring assets out of trusts set up during the marriage. The Keeping Up With The Kardashians star filed for divorce in February 2021 and the couple initially seemed to be on the same page, but in recent weeks West has taken to attacking her boyfriend Pete Davidson on social media.

Kanye has also repeatedly posted text conversations that appear to be with his estranged wife. Meanwhile, one conversation in which she appeared to write, “Why can’t you keep any of our conversations private???” “Cause I got a text from my favorite person in the world,’ he allegedly replied. ‘I’m your number one fan. Why wouldn’t I tell everyone!!!!”

Kardashian doesn’t appear to have any desire to slow down her divorce, but her ex has shared multiple times in public that he hopes to win her back. West’s ex previously filed documents claiming that his recent social media posts have been riddled with ‘misinformation,’ and she claimed their attacks on her and her boyfriend Pete Davidson have caused her ’emotional distress.’

In the documents filed on February 23, according to Rolling Stone, Kardashian wrote, “I believe that the court terminating our marital status will help Kanye to accept that our marital relationship is over and to move forward on a better path which will assist us in peacefully co-parenting our children.”