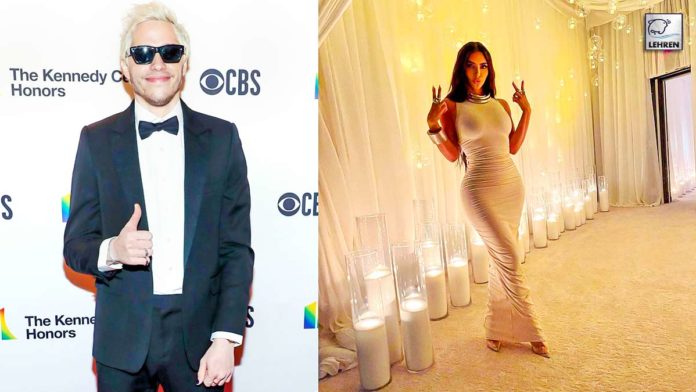 Kim's romance with Pete Davidson first sparked when the couple was spotted holding hands on a rollercoaster at Knott's Scary Farm in Buena Park.

Kim Kardashian and Pete Davidson will celebrate Christmas apart amid their growing romance. Recently a source revealed to People that after enjoying some time with Davidson, 28, in his native New York, the Keeping Up with the Kardashians alum, 41, will be spending the holidays with her kids.

The source stated to the outlet, “She had a good trip to New York. Pete took Kim to some of his favorite places. She had fun. Kim is celebrating Christmas with the kids and won’t see Pete.” However, the couple won’t spend the holiday together, Davidson is currently in Los Angles with Kardashian and a second source tells People he plans to stay there until Christmas.

Kardashian shares daughters North and Chicago and sons Saint and Psalm with ex Kanye West. Kim filed for divorce from the 44-year-old rapper in February. Meanwhile, her romance with Davidson first sparked when the duo was spotted holding hands on a rollercoaster at Knott’s Scary Farm in Buena Park, California. That outing came shortly after they shared an onscreen kiss for a sketch during the SKIMS mogul’s SNL hosting debut on October 9.

During Kardashian’s recent trip to New York, she and Davidson, along with Kourtney Kardashian’s ex Scott Disick, were spotted at a Staten Island movie theater seeing Spider-Man: No Way Home. The trio had dinner afterward. The reality star also visited Davidson’s hometown last month, when she met him in Staten Island for a private rooftop dinner.

However, Kardashian hasn’t been the only one traveling for romance, a source told the outlet in November that Davidson had been “flying back and forth” from New York to Los Angeles to see her. Meanwhile, neither Davidson nor Kardashian has publicly commented on the nature of their relationship, but both have teased it in interviews.