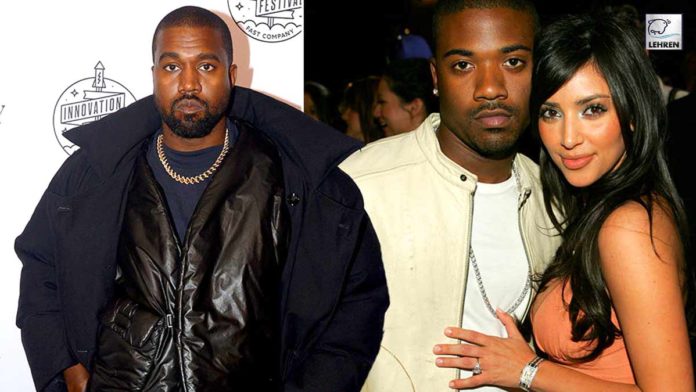 Kanye, who had helped his then-wife Kim by taking the possession of the tape from Ray J, had no idea about a big revelation! Read to know!

The year was 2007, when Kimberly, who seemed like an ordinary model, became a sensation overnight, not for all the good reasons though! A leaked tape, that featured a 24-year-old Kim Kardashian when her then-boyfriend Ray J, in a very intimate way. At least, it felt as if the video was not meant for public review and that it had got leaked without Kim’s approval. At least that’s how it seemed for once, when everyone from the Kardashian family, including Kim, seemed clueless about the whole incident.

What seemed like a part of the past, still haunts Kim, when in a recent episode of ‘The Kardashians’, the now mother of four sobbed over a phone call, explaining how her 6-year-old son Saint saw an advertisement that allegedly, featured the same tape. While Kim’s concerns as a mother are well understood, there has been a new update on the same old story, perhaps, with a twist!

For the unversed, Kim’s now estranged husband Kanye West had claimed a few months back how he had the took in possession of the laptop from Ray J that apparently had some intimate photos and texts of the two ex-lovers. Ray J had also claimed that he had a ‘part 2’ of their private tape with him, titled ‘Tape: Santa Barbara S**’ with him. Kanye had revealed that he had taken all of that back with him, no evidence of Kim’s past life being left with Ray.

For once what seemed like a ‘done and dusted’ story, took a twist again when a few months back, right after Kanye’s claims of taking the possession of the tape 2 and other pictures, Ray J had falsified all of Kanye’s claims and had even revealed how he never actually handed over anything to Kanye in the first place. This made things a bit surprising, also suspicious, as it meant that he still had it with himself, with Kim feared.

A new update perhaps will leave you in a much more shocking state of mind, as Ray J himself revealed in his latest interview with a leading daily how Kim and her mother Kris Jenner, were both involved in the releasing of the tape and that Kim herself, had released the tape back in 2007. He even disclosed the agreement that Kim had signed with ‘The Vivid Entertainment’ and that Kim and her entire family marketed the tape.

While Kanye, who came forward as the ‘knight in shining armour’, saved wifey Kim all the embarrassment by taking possession of all her intimate pictures and videos. But it was recently revealed how Kanye, had no idea that Kim or her mother Kris, had in fact marketed the tape and were involved in all of this.

“Kim didn’t tell him, ‘Look I put the tape out with Ray J, it was a business deal, we both ran it together, we were business partners and we still are business partners. There is really no problem with Ray J'” he said. Despite the new Hulu show premiering how Kanye, saved the leak of the second tape, it is now known that Kanye, was perhaps, clueless about the whole story.