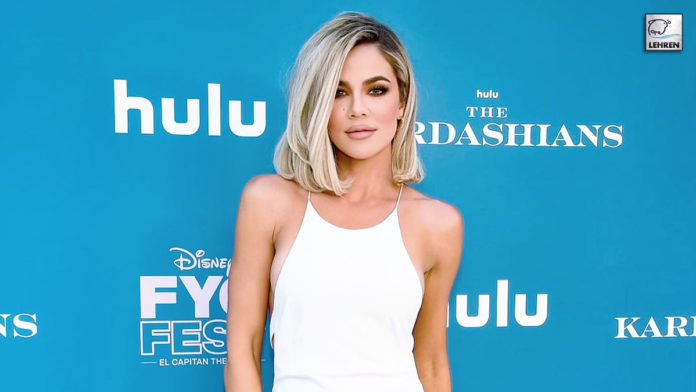 Khloe Kardashian's new dating revelation comes just three days after she denied rumours on a celebrity gossip Instagram account that she was seeing another NBA player.

Khloe Kardashian is finally moving on! The Keeping Up With The Kardashians star has reportedly started dating someone new, a private equity investor who was introduced to her through her sister, Kim Kardashian, at a dinner party a few weeks ago. A source told People, that the “relationship is in its early stages.”

Khloe’s new dating revelation comes just three days after she denied rumours on a celebrity gossip Instagram account that she was seeing another NBA player. “Definitely NOT True !!!” the reality star wrote on June 18. “I love you! Thank you for the nice wishes but I am not seeing a soul. I am happy focusing on my daughter and myself for a while.” Khloe might not be thinking of dating another NBA star for a while, considering all the drama she went through with her ex Tristan.

Tristan continues, “My actions certainly have not lined up with the way I view you. I have the utmost respect and love for you. Regardless of what you may think. Again, I am so incredibly sorry.” Since then, Khloe and Tristan have been focused on amicably co-parenting their 4-year-old daughter True. Most recently, the former couple was spotted together for the first time since the paternity drama leaving their daughter’s first dance recital on June 18.

Tristan and Khloe also went out to lunch with her mom Kris Jenner, Rob Kardashian and Blac Chyna’s daughter Dream Kardashian, Kim and Kanye West’s youngest kids Chicago West, and Psalm West, and the kids’ nannies. “Today was incredible!” Khloe wrote on Instagram, sharing a photo of herself dining with Dream and True. “Our girls had their first dance recital and they were perfection!!!!”