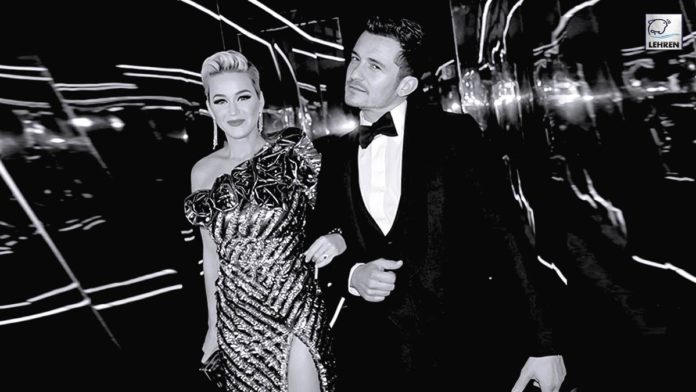 Katy Perry also talked about how she celebrated Christmas with their 16-month-old daughter Daisy and what she got Orlando for his birthday.

Katy Perry has recently got candid about her fiancé Orlando Bloom’s most annoying habit as she appeared on Heart Radio’s breakfast show on Monday morning. The singer, 37, said how frustrating she finds it that the actor, 45, leaves floss everywhere, from the side of the bed to the kitchen table.

On asked about the Lord Of The Rings star’s most annoying habit, Katy told Jamie Theakston, “Oh my god, he loves to floss, which thank god because some partners don’t and it’s disgusting and he has brilliant teeth. ‘But he leaves the floss, everywhere! On the side of my bed, and in the car, and on the kitchen table, I’m like, there are bins everywhere.'” After Jamie quipped Katy needs to train him, she replied, “Yeah well I’ve done my best.”

Meanwhile, when asked what she got for his 45th birthday recently, Katy joked ‘gave him a child which is a big gift’. Katy elaborated, “He’s going to like, roam out into the woods, like the unchartered territory path, so I got him like a lot of gear for his car, and we had a nice dinner and everything was great in the world.” She continued, “I basically said, and this is the key, just talk to the best friend. I talked to the best friend, he gave me a running list and I said check check check.”

However, The Dark Horse hitmaker described Christmas 2021 as her ‘favorite’ because she could spend it with their 16-month-old daughter Daisy Dove, but decided to celebrate on January 2nd instead. “I celebrated Christmas with my family which was amazing,” she said.

Katy Perry went on explaining, “It was my favorite Christmas actually because my daughter is now 16 months, and she’s like aware of presents and we wore Christmas jammies but we celebrated on January 2nd, so everybody was done with Christmas, and it was like, everybody wakes up because COVID has been crazy.” Perry added, “And I’ve been in a bubble, trying to save the show, so that the show goes on, even if the show is on the titanic.”