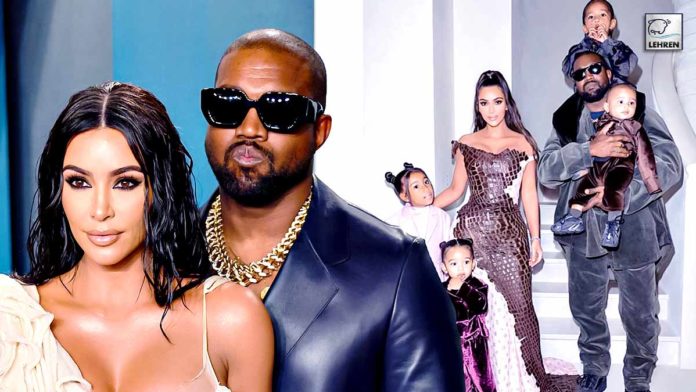 As per recent reports, it is claimed that the rapper can most likely hurt his chances of getting joint custody due to his derogatory remarks over his estranged wife Kim.

Kanye recently took to his Instagram account to launch a massive verbal attack on Kim Kardashian, the mother of his 4 children, prompting her to retaliate back at him. While their ongoing divorce hash continues, a Californian-based attorney shared how Kanye’s remarks could actually land him in trouble. “It depends on the age of the kids. If they’re reading it and they can get a bad impression when one parent is making derogatory remarks about the other, then yes that can affect custody,” he said.

People who’ve been following the glamorous couple also know how their eldest daughter North apparently has a Tiktok account. The 10-year-old keeps making videos with mother Kimberly on the app every now and then. “SINCE THIS IS MY FIRST DIVORCE, I NEED TO KNOW WHAT I SHOULD DO ABOUT MY DAUGHTER BEING PUT ON TIK TOK AGAINST MY WILL?” Kanye asked his Instagram followers to put up a post.

Kim, who chooses to mum about her private issues most of the time, didn’t this time and came up with a befitting Instagram story to snap back at Kanye. “Kanye’s constant attacks on me in interviews and on social media is actually more hurtful than any Tik Tok North might create. As the parent who is the main provider and caregiver for our children, I am doing my best to protect our daughter while also allowing her to express her creativity in the medium that she wishes with adult supervision — because it brings her happiness” she wrote.

Although Kim’s ‘main provider’ remarks didn’t go well with Kanye, who later accused her of distancing their kids from him. “What do you mean by the main provider? America saw you try to kidnap my daughter on her birthday by not providing the address You put security on me inside of the house to play with my son then accused me of stealing I had to take a drug test after Chicago’s party because you accused me of being on drugs Tracy Romulus stop manipulating Kim to be this way…” wrote Kanye.

This isn’t the first time when Kanye has had issues with North using Tik Tok with mother Kim, but according to the law, it is actually permissible if North wishes to use the app under her mother’s supervision. “The parent would have to file an RFO, which is a Request For Order, a written application, which is basically saying ‘I want these orders made to protect my child. If the parents can’t mutually agree, then the court will decide” the Californian attorney said.