Is It Too Late For Kanye? Rapper Expresses Desire To Get Back Home With Kim Again 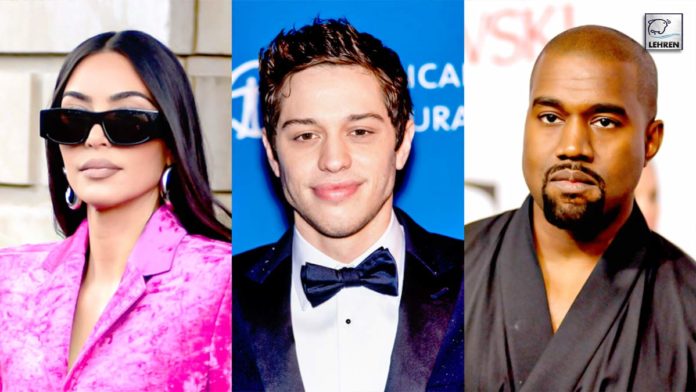 As Kim Kardashian and Pete Davidsons’ newfound romance catches fire, soon-to-be ex-husband Kanye feels its “God’s will '' for the both to reunite.

“Keeping up with the Kardashians” bid adieu to viewers only a few months back with its finale season, but it’s sure a difficult task to keep up with the Kardashians and their ever-evolving love life statuses. Among all of their romances, the most famous of them all was Kim and Kanye’s love story. The two met, shortly after Kim’s second divorce with NBA player Kris Humphries and against all odds, Kimye’s marriage survived a successful 7 years with 4 adorable kids together. Owing to personal issues that were apparently unresolvable, the duo had decided to officially part their ways and headed for divorce earlier this year. Soon after their separation, Kanye began dating model Irina Shayk, while they celebrated Kanye’s 44th birthday together. In fact, it was exclusively learned that Kanye recently was also rumored to be dating Model Vinetria, 22.

Clearly, there was no room for regrets from Kanye’s end at least, a source close to Kim had mentioned how she too, wouldn’t stay single for a long time.
“Her priorities are her kids and work, but she would love to find a guy to share her life with,” the source added. Which turned true when Kim was out and about, with Comedian Pete Davidson, sparking dating rumors. Well, thanks to the couples’ PDA, it was confirmed that the duo is lowkey dating and wants to take things ‘extra slow’. It was only recently that the duo was spotted on a date in California, Pete was also seen sporting a hickey. “Kim lights up when she’s around Pete,” another source revealed. “Their chemistry is off the charts and getting stronger each passing day.”

When the two went official on Instagram, where they were seen wearing matching Skims pajamas, fans called it ‘cute’ except for Kanye. During his visit to the Skid row thanksgiving event, Ye aka Kanye was seen ranting about how God wants him back with Kim. Hypocrisy much Kanye? He openly admitted to having made mistakes in the relationship. “I’ve publicly done things that were not acceptable as a husband, but right now today, for whatever reason — I didn’t know I was going to be in front of this mic — but I’m here to change the narrative,” he said.

West was on Skid Row to take a meeting and “share ideas” with the CEO and president of LA Mission, a nonprofit that helps fight homelessness in Los Angeles but instead ended up making a public plea to reunite with Kim. I’m trying to express this in the sanest way, the calmest way possible, but I need to be back home.” he expressed.
“I have to be next to my children as much as possible. So, when I’m out of the house, I’ve got a house right next to the house. I’m doing everything to be right next to the situation,” he said.

Kanye’s speech has evoked mixed reactions from the fans while Kimberly Kardashian is yet to react to the whole situation. Kardashian filed for divorce from him in February after seven years of marriage and four children together: North, 8, Saint, 5, Chicago, 3, and Psalm, 2.