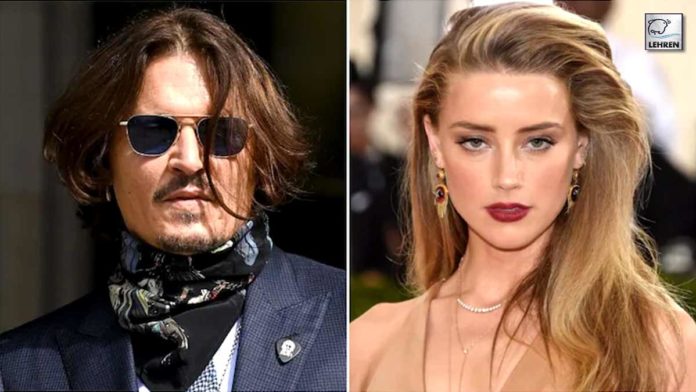 In a recent development in the ongoing Johnny Depp-Amber Heard legal battle, Depp has been accused of 'sexually molesting' Amber. Read the whole story to know more!

After a thorough examination that lasted for nearly 29 hours, Psychologist Dawn Hughes testified on Tuesday that the ‘Pirates of the Caribbean fame star had indeed, sexually molested ex-wife Amber. The psychologist also added on how Amber Heard had been suffering from post-traumatic stress disorder because of the abuse of her estranged husband Johnny, both physical and sexual.

After revealing therapy records and examining Heard for a staggering 29 hours, the reports suggested how she suffered from a “high degree of violence” by her husband Depp, as claimed by the psychologist. Dawn Hughes recalled the number of times, Depp, psychically and sexually assaulted the actress to show his dominance and “obsessive jealousy”.

“When Mr Depp was drunk or high, he threw her on bed, ripped off her nightgown and tried to have s*x with her,” Hughes testified. She said Depp’s jealousy was rooted in his insecurity, as he believed Amber was in an alleged relationship with James Franco. “These incidents often happened in a drug-fuelled rage,” she said.

She said based on her examination that Amber’s reactions are rooted in her childhood abuse from her parents and that she behaved the same way with Depp, too. She also believed she could fix him, just like she tried to fix her father,” Hughes said. “She truly believed she could fix Mr. Depp and rid him of his substance abuse problems, but that did not work”

ALSO READ – Gavin Packard- The Forgotten Villain Of Bollywood; Here’s What His Daughter Is Doing Now!

“I am not a fan of Amber Heard but going from winner to loser and publicly being shamed and disliked; I reckon could give someone post-traumatic stress or even current stress. Can’t be pleasant” defend a fan on Twitter. “The only reason that Heard had a court-ordered assessment and Depp didn’t, was because Heard claimed that she was suffering from PTSD in order to enhance her claim against him in this case.” tweeted another.