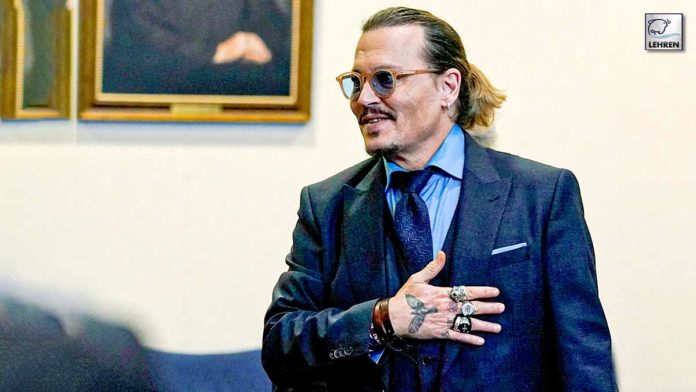 Johnny Depp is addressing his ex-wife Amber Heard’s decision to appeal the judgement in their defamation trial.

Amber Heard filed an appeal notice in court, and her representative stated in a statement that they “believe the court made errors that prevented a just and fair verdict.” However, Johnny Depp and his legal team are firm on their decision. The 36-year-old actress, who had previously stated that she will appeal the Virginia judgement, made it official on Thursday morning when she filed a notice of appeal in the Circuit Court of Fairfax County.

In a statement at the beginning of the appeals process, a representative for Heard stated, “We believe the court made errors that prevented a just and fair verdict consistent with the First Amendment. We are therefore appealing the verdict. While we realize today’s filing will ignite the Twitter bonfires, there are steps we need to take to ensure both fairness and justice.” A spokeswoman for Depp, 59, stated in a statement obtained by Deadline that they are “confident” the verdict will stand.

The statement reads, “The jury listened to the extensive evidence presented during the six-week trial and came to a clear and unanimous verdict that the defendant herself defamed Mr Depp, in multiple instances. We remain confident in our case and that this verdict will stand.” On June 1, a jury of seven people reached a judgement and generally sided with actor Johnny Depp, paying him more than $10 million in damages.

They found that Heard defamed the actor in a 2018 op-ed she penned about surviving abuse, without mentioning him by name. In addition, on one of her three defamation countersuit allegations, the jury awarded her $2 million in damages. The latest revelation comes one week after Judge Penney Azcarate refused Heard’s plea for a mistrial because one of the jurors did not appear to be the one from their home called for jury service.

The court stated that there was no proof of dishonesty among the jury members and that Heard’s team had weeks to speak out about the issue rather than waiting until after an adverse decision. When the judge issued the judgement late last month, she stated that the damages would be subject to a 6% annual interest rate.

The judge also said that if Heard were to appeal, she would be required to post bail for the full sum of the damages owes. Her lawyer, Elaine Bredehoft, stated in a TV interview the day following the decision that Heard wanted to appeal and that the actress could “absolutely not” afford to pay the damages figure. In closing arguments, Bredehoft noted that Heard had racked up $6 million in legal bills by that stage in the trial.