From Jennifer Coolidge To Zendaya, Check Out All Notable Golden Globes 2023 Winners 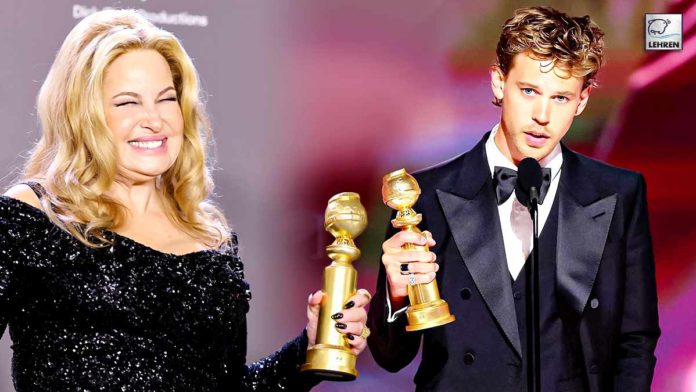 Check out who all won big at the 80th edition of the Golden Globes 2023 ceremony.

Golden Globes 2023 was aired on NBC on January 10, amid a series of controversies about the lack of diversity among its former voting body. The 2023 awards show is back following internal changes made by the Hollywood Foreign Press Association. However, several Hollywood stars returns with more than two awards for different categories, some of them left empty hand. Among the film nominees, The Banshees of Inisherin received eight nominations, and end up winning in the category of musical or comedy movies.

Meanwhile, Everything Everywhere All at Once, which got six nominations, dominated in two categories, as Michelle Yeoh and Ke Huy Quan clinched acting trophies. The Fablemans won best drama film honours and best director (Steven Spielberg). In the Best Original Song category, the Indian song, ‘Naatu Naatu’ by M.M. Keeravani, Kala Bhairava, and Rahul Sipligunj from RRR gets the nod.

For television, ABC comedy Abbott Elementary gets a nod for the best comedy honours and Golden Globes for Quinta Brunson and Tyler James Williams. Meanwhile, HBO’s The White Lotus had the best night as it got two awards among four nominations, one for the best-limited series and another for Jennifer Coolidge in the supporting actress category. And lastly, the Game of Thrones prequel series House of the Dragon clinched the best drama award.

Best Actor in Drama was clinched by Austin Butler for Elvis. Best Actor for Tv limited series was won by Evan Peters for the Netflix series Dahmer – Monster: The Jeffrey Dahmer Story. Zendaya won for Best Television Actress for her work on the hit HBO series, Euphoria. Moreover, Tár‘s Cate Blanchett in Best Performance by an Actress in a Motion Picture – Drama category and Black Panther: Wakanda Forever‘s Angela Bassett scored trophies for Best Performance by an Actress in a Supporting Role in any Motion Picture.