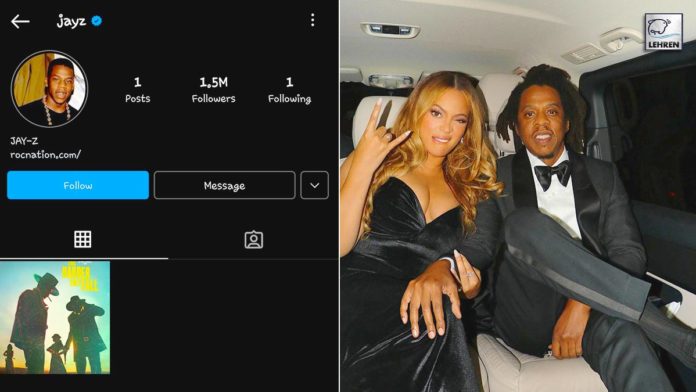 The rapper's first post was a new poster for 'The Harder They Fall' which was released on Netflix on October 22, following a limited theatrical release.

While his wife Beyonce has been a fixture on Instagram for some time, rapper and music mogul Jay-Z has finally joined the social media outlet.

The 51-year-old rapper joined Instagram on Tuesday and has already garnered more than a million followers. Meanwhile, he follows just one, Beyonce, who he’s been married to since 2008 and shares three children. However, he seemingly joined the popular social media platform to promote his new Western The Harder They Fall, which he served as a producer on.

However, he does have a verified Twitter account, which he’s had since 2008, though he uses it once in a blue moon, which he even joked about in his last tweet on Halloween. “In my excitement, I failed to prize, and acknowledge JAZ-O, he was the hometown hero that made the dream tangible. Thank you good man… ok let me lose this password for another year or so. Thank you all again, incredibly humbled by your love,” he said.

The Harder They Fall is Jay-Z’s first producing project since Darkest Before Dawn, which he executive produced in 2015, and the Annie adaptation which he produced in 2015. The Harder They Fall revolves around Nat Love (played by Jonathan Majors), who re-assembles his old gang upon learning his old rival Rufus Buck (Idris Elba) was released from prison. The cast includes Regina King, Danielle Deadwyler, Damon Wayans Jr., Zazie Beetz, LaKeith Stanfield, and Delroy Lindo.

Although The Harder They Fall is Samuel’s first feature-length film, he directed the 10-minute Jay-Z: Legacy short film, starring Ron Perlman, Susan Sarandon, Aldis Hodge, Emile Hirsch, and more. Jay-Z will also produce the most anticipated biopic Richard Pryor: Is It Something I Said? However, it’s not clear when that will move forward.