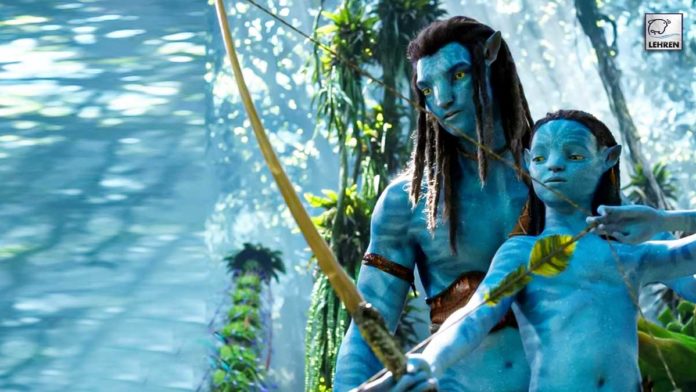 Avatar: The Way Of Water is set for release on Friday, December 16.

Just a few days left in the release of Avatar: The Way Of Water. And recently, the film’s director James Cameron revealed how expensive it was to make the sequel. In the latest interview with GQ, the director shared that the film was ‘Very f*cking [expensive]’ when asked how much it cost.

Though he didn’t give an exact number in the interview, he did make a joking analogy to give an idea of the cost. “You have to be the third or fourth highest-grossing film in history. That’s your threshold. That’s your break-even,” he said. He also referred to it as ‘the worst business case in movie history.’ However, according to recent reports, Avatar 2 budget was 25 crores USD.

However, the first Avatar movie is reportedly the highest-grossing movie of all time, according to Variety. Cameron’s GQ interview came out on the same day the final trailer was released, just a month before the film is set for release. Avatar: The Way Of Water trailer begins with members of the Na’vi sitting on the backs of ikrans, flying pterodactyl-like beings that take them over a gorgeous waterfall.

Sam Worthington’s Jake Sully and Zoe Saldaña’s Neytiri take their children to another tribe seeking a safe harbour as huge mechanical suits, operated by humans, trample through a forest. The second movie, titled Avatar 2: The Way of Water, brings back much of the original cast including Worthington, Saldaña, Sigourney Weaver and Stephen Lang but will also bring Kate Winslet and Vin Diesel into the cast.

Meanwhile, according to the Avatar: The Way Of Water plot synopsis, ‘Jake Sully lives with his newfound family formed on the planet of Pandora.’ The synopsis continues, ‘Once a familiar threat returns to finish what was previously started, Jake must work with Neytiri and the army of the Na’vi race to protect their planet.’ Avatar 2 is set for release on Friday, December 16.

Check Out the Official Trailer Of Avatar: The Way of Water Here: