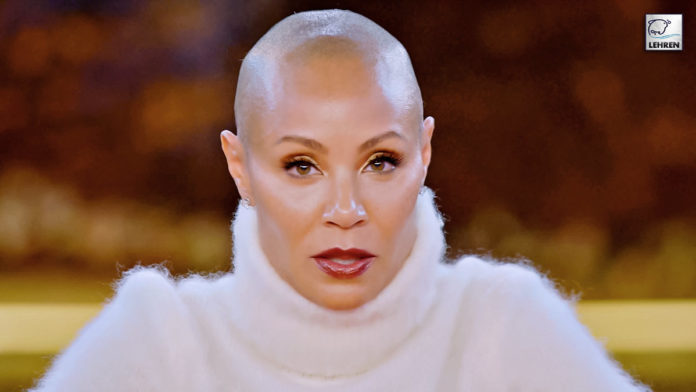 Jada Pinkett Smith shared that her deepest hope is that her husband Will Smith and Chris Rock talk this out and reconcile.

Will Smith shocked the world as he slapped Chris Rock during the live telecast of Oscars 2022 after the comedian joked shaved head of the actor’s wife. And after more than two months, Jada Pinkett Smith has directly addressed that unfortunate moment in-depth, saying she hopes the two men have the ‘opportunity to heal’ and ‘reconcile’ after the shocking incident.

Talking ahead of a Red Table Talk special on alopecia, Jada began by referencing the controversy when Will assaulted Chris after he made a joke about Jada’s bald head, which is the result of her suffering from the autoimmune disorder. The actress began the talk, “This is a really important Red Table Talk on alopecia. Considering what I’ve been through with my own health and what happened at the Oscars. Thousands have reached out to me with their stories.”

Jada added, “I’m using this moment to give our alopecia family an opportunity to talk about what it’s like to have this condition and to inform people about what alopecia actually is. Addressing the infamous Oscar slap, Jada stated, “Now about Oscar night, my deepest hope is that these two intelligent, capable men have an opportunity to heal, talk this out and reconcile. In the state of the world today, we need them both.”

The actress went on to say, “And we all actually need one another more than ever. Until then, Will and I are continuing to do what we have done for the last 28 years, and that keeps figuring out this thing called life together. Thank you for listening.” During the full episode of Wednesday’s Red Table Talk, Jada Smith also discussed the topic of alopecia with her mother Adrienne Banfield Norris and daughter Willow Smith.

Following the incident, Will Smith was seen partying the night away with his family at the Vanity Fair Oscars bash, dancing to his own song Gettin’ Jiggy Wit It as crowds cheered him on. However, a few days later he apologized in an official statement saying his behaviour was ‘unacceptable and inexcusable’ and left him ’embarrassed’. Although the comedian is yet to respond to Will’s apology, he has referenced the slap multiple times since during his stand up performances.

Last month, Chris joked that he ‘got most of my hearing back,’ after the slap, during a set at the Royal Albert Hall in London. After a formal review of the incident in April, Will was banned from the Oscars for 10 years but was allowed to keep the Best Actor award that he won for King Richard. A few of his projects were also cancelled aftermath. Will Smith is currently seeking therapy.