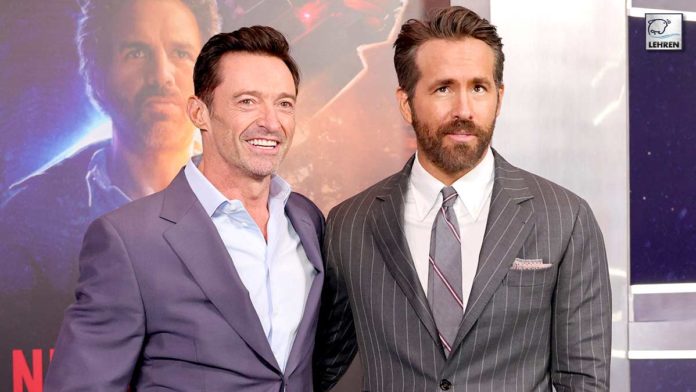 The Academy recently listed 'Good Afternoon' on its shortlist of 15 original songs eligible for nominations for the Oscars' Best Music (Original Song).

Hugh Jackman and Ryan Reynolds’ have a very strong friendship bond. They have always seen taking a swipe at each other but in a fun way. And most recently, Deadpool star, Hugh jokingly request Academy Awards not to validate Ryan Reynolds for the best song Oscar. For the unversed, Ryan’s voice was heard in Good Afternoon from his latest holiday film.

The Academy recently listed ‘Good Afternoon’ on its shortlist of 15 original songs eligible for nominations for the Oscars’ Best Music (Original Song) award ahead of the 95th Academy Awards in March. Reacting to the nomination, Hugh took to his social media. He shared a video showing himself talking to the camera as he explained that a potential Oscar nomination for the song from Ryan’s Christmas flick wouldn’t be a good thing.

Moreover, Hugh thinks it ‘would make the next year of my life insufferable.’ The actor started the video by saying, “Hey everybody, it’s 2023 and I really really wanted to send out a positive message at the beginning of the year, but recent events have made that impossible.”

Jackman then goes on to say ‘don’t get me wrong, I love Spirited, it’s a great movie, we had a blast’ and that he loved the song Good Afternoon and ‘laughed the entire way through’ when he saw it with his family. But, Ryan receiving a nod for his singing would be bad news. The actor said, “However, I’ve just heard the Academy has shortlisted Good Afternoon in the best song category.”

Deadpool star continues, “Now, Ryan Reynolds getting a nomination in the best song category would make the next year of my life insufferable. It would… I mean, I have to spend a year with him shooting Wolverine and Deadpool. Trust me, it would be impossible. It would be a problem.”

He concluded his video by adding, “So, just to recap, love spirited, love Will love Octavia, love the song, love Benj and Justin, but please, from the bottom of my heart, do not validate Ryan Reynolds in this way, please.” Alongside from Good Afternoon, Time from Amsterdam, Nothing Is Lost (You Give Me Strength) from Avatar: The Way of Water, Lift Me Up from Black Panther: Wakanda Forever and Hold My Hand from Top Gun: Maverick have also been named on the Academy’s shortlist for best original song.