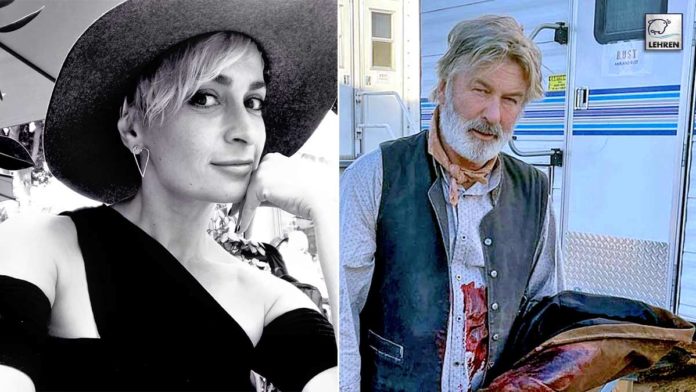 During the shoot of the forthcoming movie Rust, the 63-year-old actor accidentally shot and killed cinematographer Halyna Hutchins and injured the film’s writer-director Joel Souza after his prop firearm was unintentionally discharged. The incident took place on Thursday at the Bonanza Creek Ranch in Santa Fe, New Mexico.

The 68-year-old was filming a scene for the movie when the gun went off, fatally injuring 42-year-old photography director Halyna Hutchins and wounding writer-director Joel Souza, 48. Hutchins was rushed to the University of New Mexico Hospital in Santa Fein an air ambulance but was later pronounced dead. Meanwhile, Souza was taken by ambulance to the Christus St Vincent Regional Medical Center where he remains in critical condition. Baldwin was taken to a Santa Fe detectives’ office to be questioned about the shooting. He was not arrested and was later released without charge. However, investigations are ongoing.

Alec Baldwin was later pictured outside the office by the New Mexican. He was bent over double on the curb with grief, and tearfully speaking to someone on the phone. Police have released few details about the shooting, saying only that the prop weapon discharged some kind of ‘projectile’ that hit Hutchins and Souza. Meanwhile, it is unclear exactly what kind of projectile or how it came to be loaded into the weapon. It is also unclear whether the gun was fired during the filming of a scene or while a scene was being set up, with police saying only that it was fired ‘on set’. However, detectives said the gun was ‘discharged’ and gave no further details.

A spokesman for the Rust Movies Productions LLC described the death as an ‘accident’ and said it involved ‘the misfire of a prop gun with blanks’. The shooting of Rust will be halted for an undetermined period of time, a statement from the company added, saying “the entire cast and crew has been absolutely devastated by today’s tragedy.” He also said, “We have halted production on the film for an undetermined period of time and are fully cooperating with the Santa Fe Police Department’s investigation. We will be providing counseling services to everyone connected to the film as we work to process this awful event.”

Alec Baldwin is a co-producer on the film, in which he plays infamous outlaw Harland Rust, whose 13-year-old grandson is convicted of accidental murder. According to the official synopsis, the movie follows a 13-year-old boy who is left to fend for himself and his younger brother following the death of their parents in 1880s Kansas. The teen goes on the run with his long-estranged grandfather, played by Baldwin after the boy is sentenced to hang for the accidental killing of a local rancher. Baldwin stars in the film alongside Travis Fimmel, Jensen Ackles, and Frances Fisher. Filming for Rust was set to continue through early November, according to a news release from the New Mexico Film Office, but production has now been halted on the film.

Though, accidents with prop guns are rare, but not unheard of. Brandon Lee, the 28-year-old son of martial arts star Bruce Lee, was shot and killed on the set of The Crow in 1993 after part of a dummy round got lodged in the barrel of the gun and was then fired into Lee’s spine when a second dummy round went off.